This movie got me hooked on FPJ. I started collecting all his movie ads and articles since then, from newspapers and magazines and pasting them in a grade school spiral notebook. I was a very young kid then when I saw this movie on TV. "Mapusok na Paghihiganti," a 1962 action-packed thriller, is a story of revenge and redemption. The young man (played by FPJ) took the law in his own hand when his sister was raped and killed when a band of notorious bandits (led by Jose Romulo and company) looted the town. He pursued them and one by one gunned them down . His only evident was a shirt button found in her sister's hand. No one matched the button until he returned home finding their gardener (Johnny Monteiro), wearing the shirt with the missing button, the perpetrator of the crime. 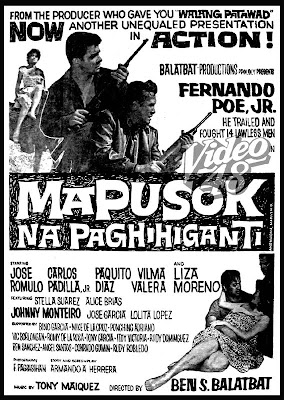 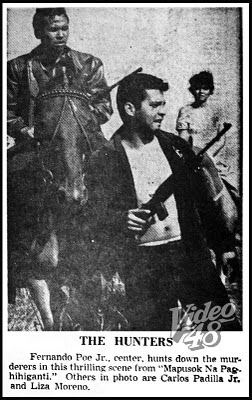 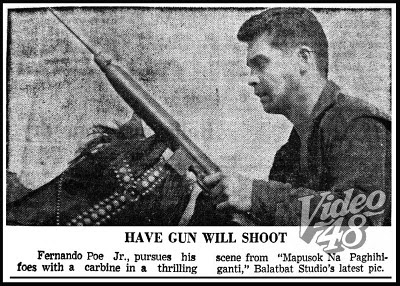 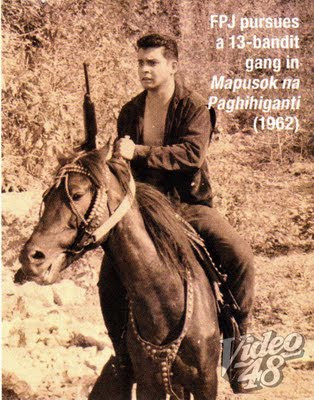 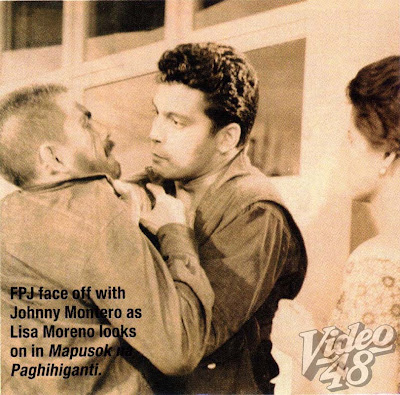