Do you still remember the top-rating weekly TV show in the mid-60s, Tang-Tarang-Tang? This was one of my favorite show during my childhood days and I still recalled somewhat vaguely the opening song which run something like this ... Ako si Don Mariano, Ibyang po naman ako, Bitoy ang pangalan ko, Badong naman ako... In the cast were big names in movies, TV and radio --- Pugo as Don Mariano, Bentot as the overgrown child Bitoy, Leroy Salvador as Badong and Sylvia La Torre as Ibyang and Rosa Aguirre as Aling Rosa. Sylvia was later replaced by Marita Zobel, and in the 70s by Jean Saburit. The show, created and conceptualized by Virgilio 'Beer' Flores, was being handled and directed by talented director Ading Fernando.

The show started as a radio program in DZRH in 1961. It featured the voices of Pugo, Bentot, Sylvia La Torre and Rosa Aguirre. It was later adapted into the silver screen in 1962. 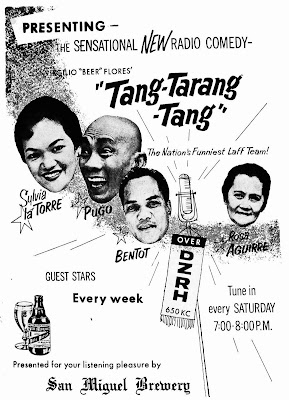 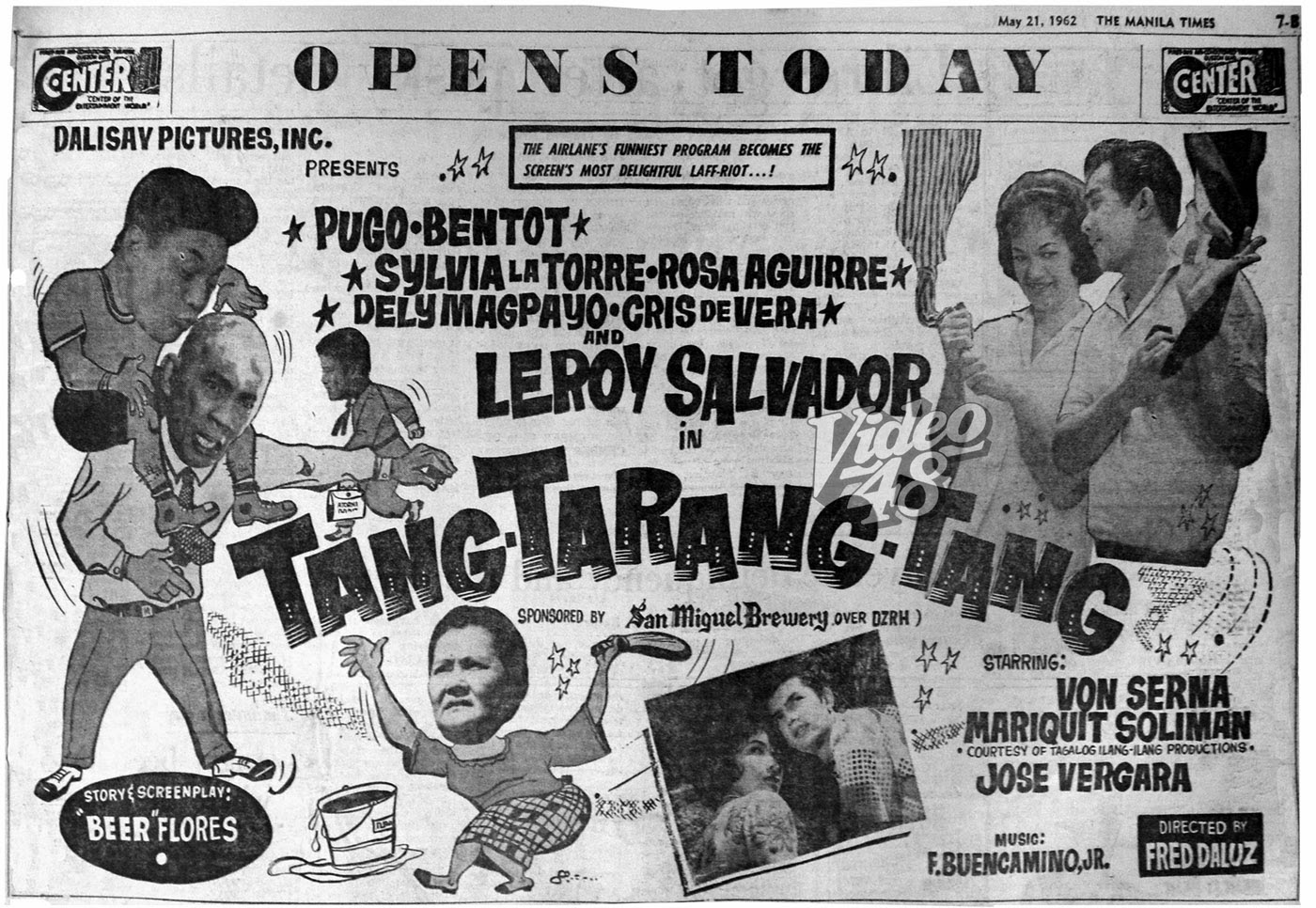 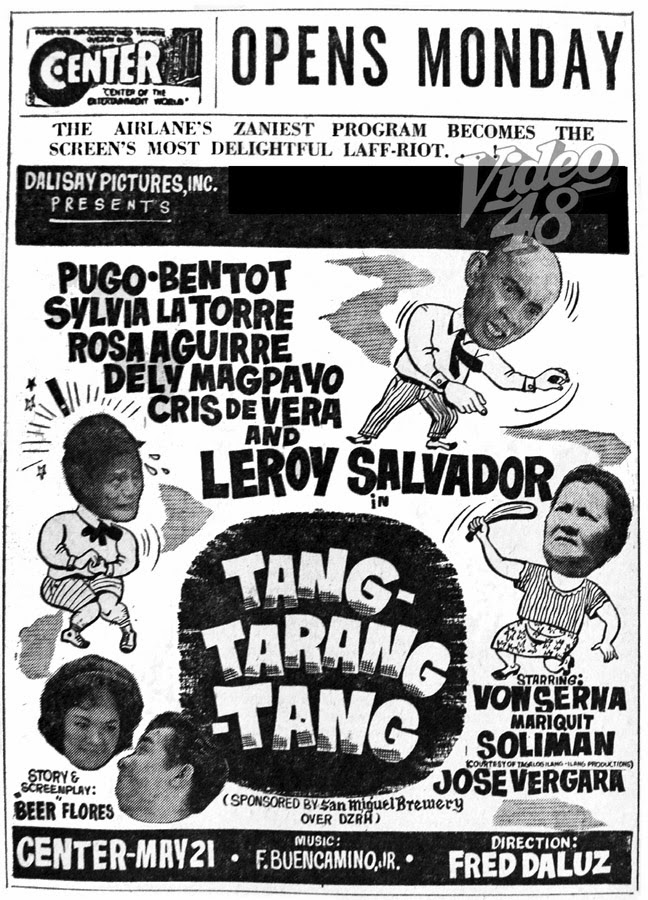 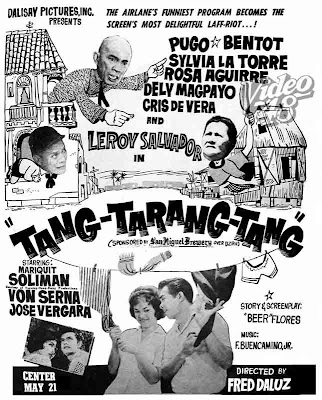