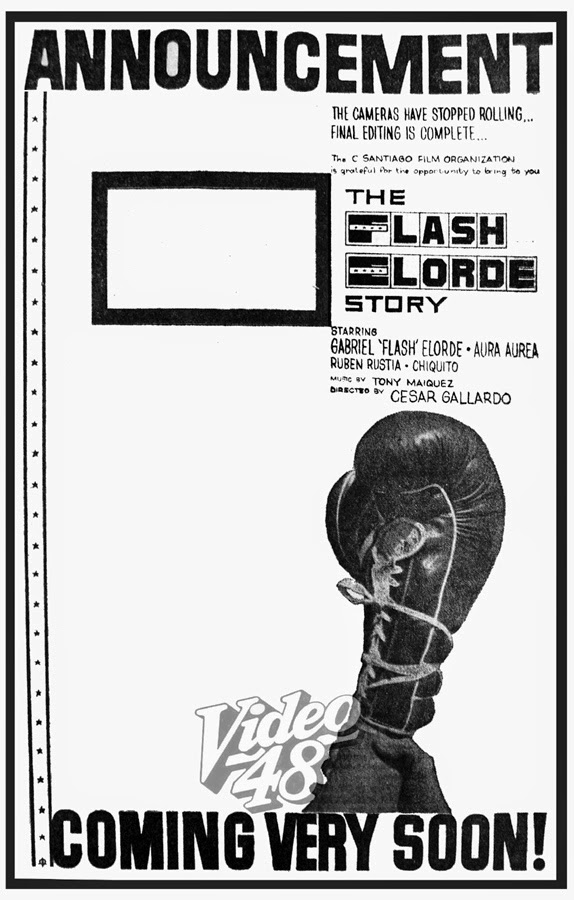 In 1961, Producer-Director Cirio H. Santiago came up with a biggest casting coup that year with the contract signing of reigning World boxing champion Gabriel ‘Flash’ Elorde to film the boxer's colorful life story. Elorde, who wrested the World Junior Lightweight Championship from Harold Gomes in 1960, was the biggest sports figure that time. He was just chosen the Athlete of the Year by the Philippine Sportswriters Association and was awarded the 1960 TOYM (Ten Outstanding Young Men) award in the field of sports.

Without any acting background, Elorde starred in the movie. “I’d rather face a tough opponent in the ring than the camera!’. This was the terse comment of Elorde as he faced the cameras during the first shooting day. Director Cesar ‘Chat’ Gallardo, who is directing the picture, commented, “Elorde is a natural actor. My stock advice to the Flash is to be natural and to act himself in all scenes.” 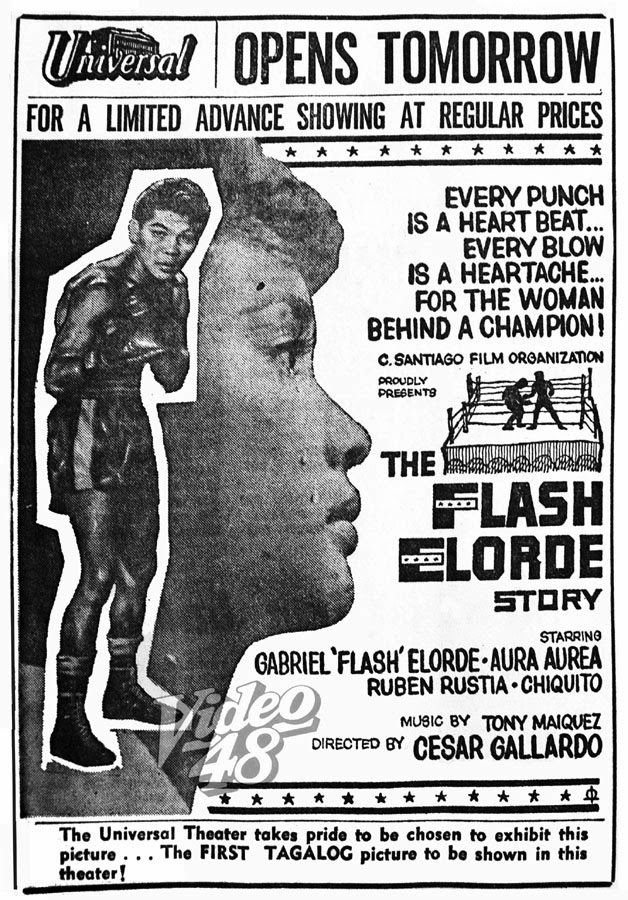 ---The first Tagalog Picture to be shown at Universal Theater--- 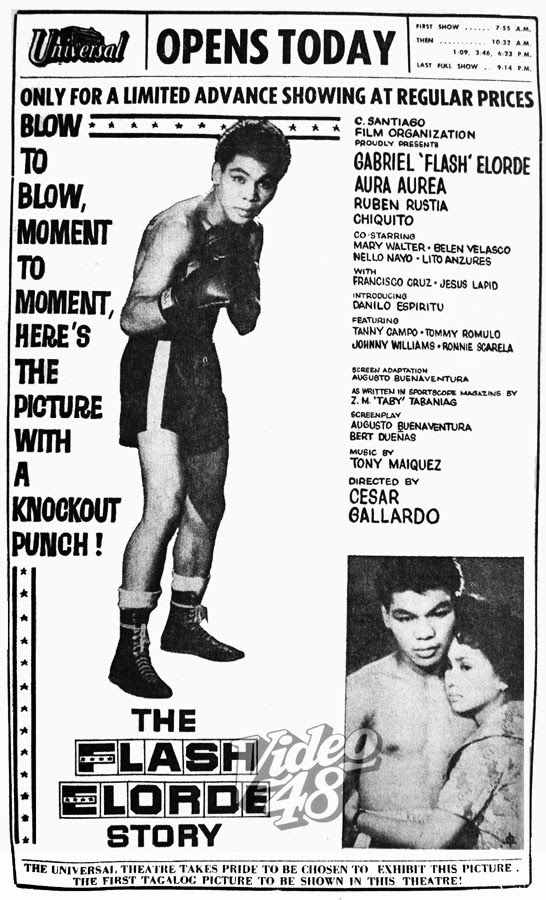 Hi Ronuel! Naunahan mo lang ako. That will be my next post. Thanks!