Here's the list of my 10 favorite religious movies (not in particular order). I decided not to include such all-time classic favorites as Ben-Hur, The Ten Commandments and Spartacus.

1. The Gospel According to St. Matthew (1964)- Pier Paolo Pasolini's masterpiece comes to life in color for the first time in this beautifully told film about the life of Jesus Christ according to St. Matthew. The story begins with His birth and illustrates how His teachings attracted not only His disciples, but crowds of believers. When the Parisees, chief priests and elders learn of Jesus, they conspire to have Him arrested, beaten, tried and crucified on the cross. This classic film is a beautiful interpretation of the greatest story ever told. 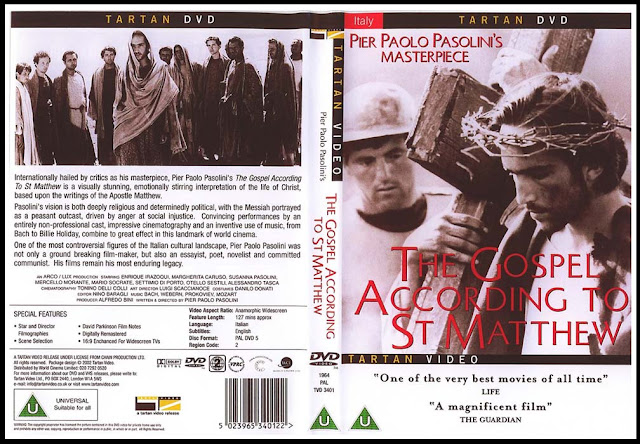 2 The Passion of Joan of Arc (1928)- With its stunning camerawork and striking compositions, Carl Th. Dreyer's The Passion of Joan of Arc convinced the world that movies could be art. Renée Falconetti gives one of the greatest performances ever recorded on film, as the young maiden who died for God and France. Long thought to have been lost to fire, the original version was miraculously found in perfect condition in 1981-in a Norwegian mental institution. Criterion is proud to present this milestone of silent cinema in a new special edition featuring composer Richard Einhorn's Voices of Light, an original opera/oratorio inspired by the film. (Amazon) 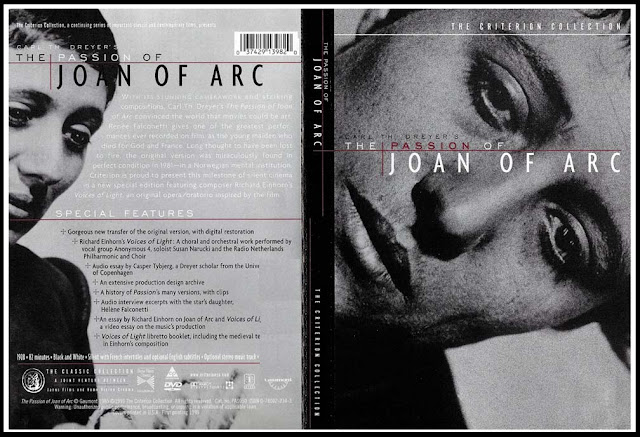 3.The Song of Bernadette (1943)- The story of a peasant girl Bernadette Soubirous, a poverty-stricken, pure hearted adolescent, who saw a vision, of a "Beautiful Lady" near her home town of Lourdes in 1858. The wondrous news spreads rapidly throughout France, leaving in its wake a variety of consequences: adoration, suspicion and greed among the people of Lourdes skepticism from the town doctor (Lee J. Cobb) charges of insanity from the town prosecutor (Vincent Price) threats of physical punishment, then support and guidance from the Dean of Lourdes (Charles Bickford), who finally becomes convinced that the miracle has, indeed, taken place. Winner of four Academy Awards, including Best Actress and Best Score, this true story is both first-rate filmmaking and an inspiring tribute to faith, courage and the human spirit.(Amazon) 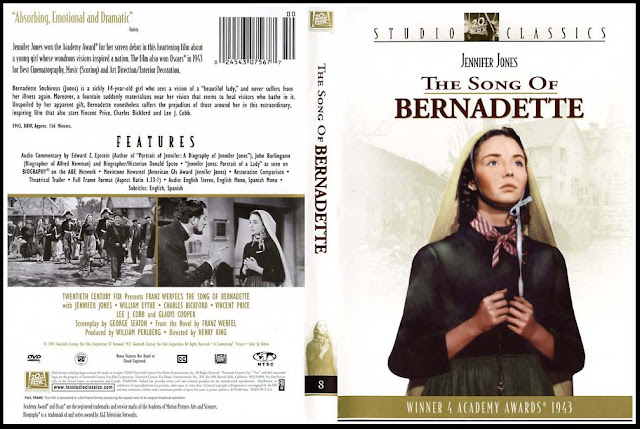 4. The Miracle of our Lady of Fatima (1952)- Screen chronicle based on actual 1917 events outside Fatima, Portugal, where three shepherd children report visions of the Virgin Mary and confront anticlerical government oppression in the process. (Amazon) 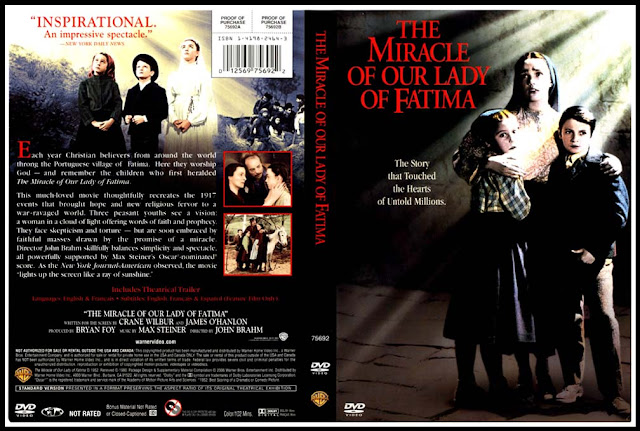 5. Jesus of Nazareth (1977)- Beginning before the Nativity and extending through the Crucifixion and Resurrection Jesus Of Nazareth brings to life all the majesty and sweeping drama of the life of Jesus (portrayed here by Robert Powell) as told in the Gospels. A star studded international cast featuring Michael York Sir Laurence Olivier James Earl Jones Anne Bancroft Olivia Hussey Rod Steiger and Anthony Quinn adds depth and humanity to the roles of the saints sinners and ordinary people who walked in the footsteps of the Lord. The film provides the setting and background for the birth childhood baptism teaching and many miracles of the Messiah culminating in the Divine Resurrection. Directed by Oscar nominee Franco Zeffirelli and acclaimed by critics and religious leaders worldwide Jesus of Nazareth tells the greatest of all stories with tremendous emotion and splendor. (Amazon) 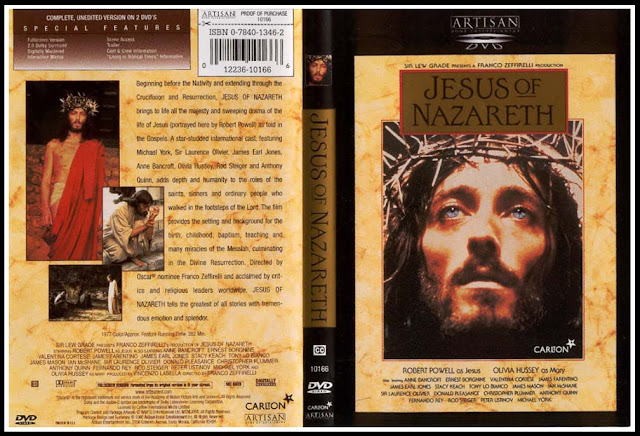 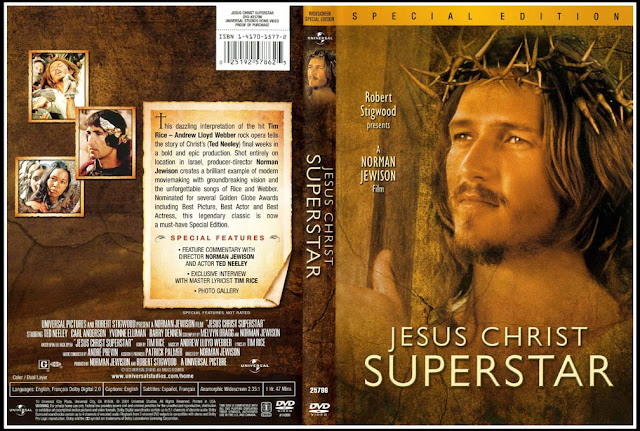 7. Becket (1964)- Set in 12th-century England, this is the fact-based story of Henry II (Peter O'Toole) and his dear friend, Thomas Becket, the Archbishop of Canterbury (Richard Burton). When the king appoints his former drinking buddy to the high religious office, he believes he has placed an ally into power. Instead, he learns that Thomas very much takes his job to heart, prompting Henry to ask that fateful question--"Will no one rid me of this meddlesome priest?" (Amazon) 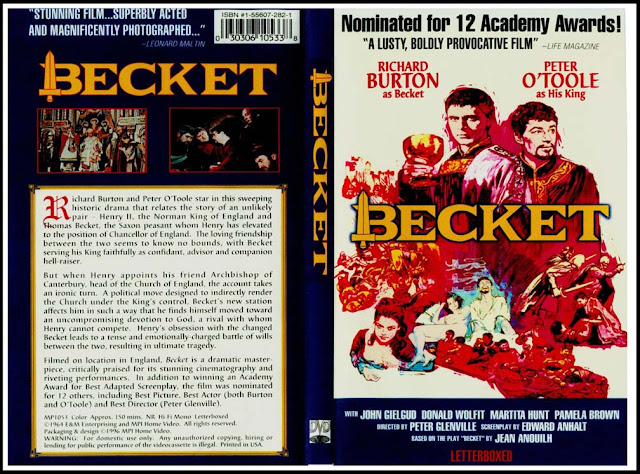 8. Karol (2005)- 1930s’ Poland. 10-year-old Karol Wojtyla has dreams, many dreams. One by one they are shattered. First, by the loss of his beloved mother and brother. Then, by the outbreak of the war and the death-fleeing human exodus which ensued. And finally, by the first signs of the Jewish persecution. These events will mark the start of Karol’s long journey from worker, to poet and teacher. A journey full of encounters that eventually leads him to become a priest and finally, in 1978, to become the man we all now know, a man who has marked an era, a man who has made history as Pope John Paul II. With an extraordinary soundtrack by multi-award winner Ennio Morricone. (Amazon) 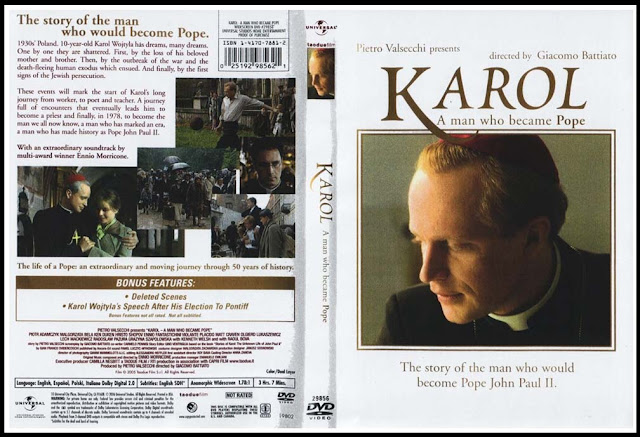 9. Five People You Meet in Heaven (2004)- Eddie (Jon Voight), an amusement park maintenance man and war veteran, ends up in Heaven after an accident takes his life. There he meets five people from his past: the Blue Man (Jeff Richards), the Captain (Michael Imperioli), Marguerite (Dagmara Dominczyk), Ruby (Ellen Burstyn), and Tala (Nicaela and Shelbie Weigel) who help him understand the meaning of his life. (Amazon) 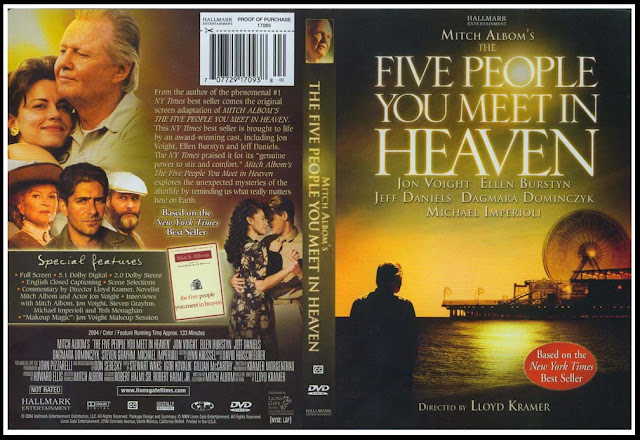 10. Elmer Gantry (1960)- Burt Lancaster earned his only Oscar as the wide-smiling, glad-handing, soul-saving charlatan Elmer Gantry, a salesman who turns his gift for preaching into a career at the pulpit. Climbing on board the barnstorming evangelical tour of revivalist Sister Sharon Falconer (Jean Simmons), a true believer in the Aimee Semple McPherson mold, Gantry declaims, invokes, and sermonizes his way to the top until a former flame-turned-prostitute (Shirley Jones in an Oscar-winning performance) threatens to reveal his dark past as a womanizer and con man.(Amazon) 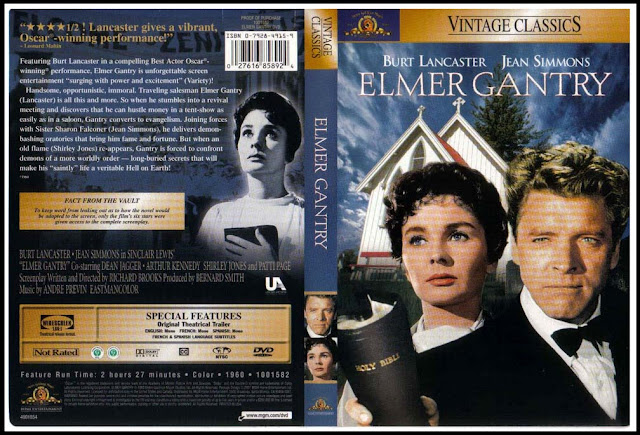 Simon,
Excellent choices. Two of my favorite actresses, Jean Simmons and Shirley Jones in Elmer Gantry. To your list I would add:
1. INTO GREAT SILENCE by Philip Groning - http://www.decentfilms.com/sections/reviews/intogreatsilence.html#DVDnote

3. QUO VADIS - One of my favorite classic movies. The giant gladiator fighting the bull barehanded is a must see.

4. THE PASSION OF CHRIST. Mel Gibson's movie I think definitely belongs in this list.

5. BROTHER SUN, SISTER MOON. - Another Franco Zefferilli movie that should be in the list about the life of Saint Francis. Lush photography typical of this director.

6. THE BIBLE. A must-see I think, if only to see the amazing cast John Huston put together, with Huston himself playing Noah. Michael Parks plays Adam. Michael Parks is now more well known for playing the sheriff in Kill Bill 1 and the old Mexican pimp in Kill Bill 2.

Great choices, guys. I've seen them all. I would also add:

Incidentally, Passolini's GOSPEL ACCORDING TO ST MATTHEW is indeed fantastic. And that FATIMA film is indeed fascinating, especially the "dancing sun" scene. It's such a small world, but one of the decendants of the two visionary kids in Fatima (namely: Jacinta and Francisco Marto) became my friend here in British Columbia. His name is Tony Marto (an ALLAIN DELON look alike). He went back to Portugal a few years ago where he is now a MATADOR in Lisbon, enjoying the adulation of pretty Portuguese women hurling roses at his feet, each time he kills the bull. He-he.

Simon, JM,
Unfortunately, I have not seen Pasolini's Gospel and Fatima. Two more movies I have to find.
JM, I did a version of a Linda Darnell marathon too, and your matador friend just reminded me of Blood and Sand. Then I saw another Tyrone Power movie, The Black Swan with Maureen O'Hara. I'm now trying to find as many old Maureen O'Hara movies and do a marathon of her, hehehe.
And of course Tyrone Power died while filming Solomon and Sheba. I saw the movie at Odeon, but have not seen it again since.
Rod

Maureen O'hara. Oh, yeah. One of my faves, too. She was so alluring in The Hunchback of Notre Dame (1939) as Esmeralda. She must have been 19 years old when she made this film.

She was also in my most favorite film, HOW GREEN WAS MY VALLEY. This one is so touching, everytime I would watch it, the emotion it evokes in me remains as profound as ever.

The Black Swan is another film you have to see again. I never get tired watching it. And hey, Marilyn Monroe's RIVER OF NO RETURN is worth another look as well :)

JM,
Don't have River of No Return, but it's available in DVD. I'd definitely want to see HOW GREEN WAS MY VALLEY again, and I'm particularly looking for LADY GODIVA with Maureen O'Hara. I remember watching this when I was a boy.
Rod

Simon,
I just bought a VHS of The Passion of Joan of Arc with the Voices of Light soundtrack by Richard Einhorn. Totally mesmerizing. Got it a local video store together with a host of other collectables: Lady L, Black Orchid, It Started in Naples, Houseboat, A Special Day all starring Sophia Loren, who's one of my old favorites. Lady L and Special Day are true collectables not even in DVD yet. Also a group of 4 movie screeners by German film maker Margarethe Von Trotta, Conseil de Familia by Costa-Gavras, apparently according to the video store owner, he bought it from an LA film critic, and some others all for $1 or $2 each.
Rod

You don't like "The Last Temptation of Christ"? Think again.

There's one more, "It's A Wonderful Life".

Great list, you included several of my own personal favorites.

how can I download these movies? Can you please give me a link? thank you very much. God bless.