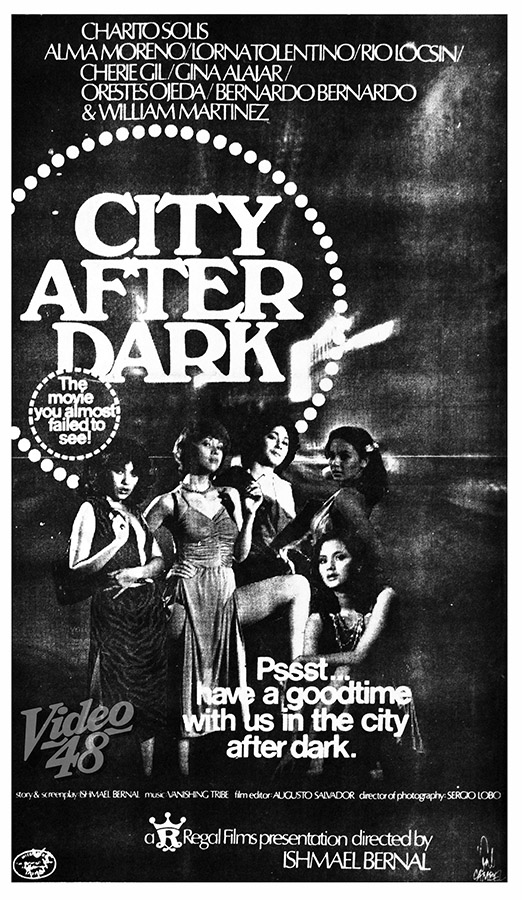 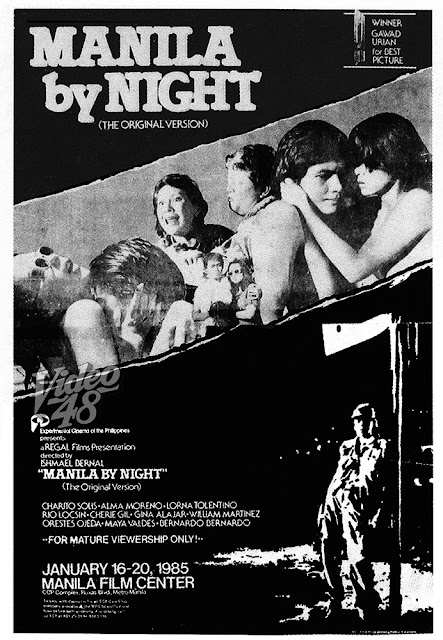 Martial Law era poster of  the original, uncensored version of the movie

(Synopsis) Bea (Rio Locsin) is a blind girl working as a masseuse in a massage parlor. Her closest friend is the lesbian Kano (Cherie Gil), who is both a drug pusher and addict. They are joined by Baby (Lorna Tolentino), a naïve probinsyana who was enticed to come to Manila by her boyfriend. Baby falls in love with Pebrero (Orestes Ojeda), a taxi driver and father of two children. He makes Baby pregnant and eventually becomes a single mother. Ade (Alma Moreno), Pebrero’s live-in partner, secretly works as a prostitute to support her good-for-nothing lover. She does not know that Pebrero is also the lover of Manay (Bernardo Bernardo), a gay couturier. But it is Alex (William Martinez), an adolescent drug addict/ night club singer, who is Manay’s true love.

Virgie (Charito Solis), Alex’s mother is so worried about her son that she searches for him in a gay bar. She comes across Manay, who knows of Virgie’s past as a prostitute. Because he really loves Alex, Manay returns Alex to his mother before the teenager becomes more involved in narcotics and homosexuality.

As Baby’s condition becomes more apparent, she quits her job as a waitress and becomes a whore. The police chase after Kano and she is eventually captured. Ade suffers a meaningless and bloody death as the New Year’s Eve revelry begins. In the end, it is only Bea who manages to find a way out of her mess. 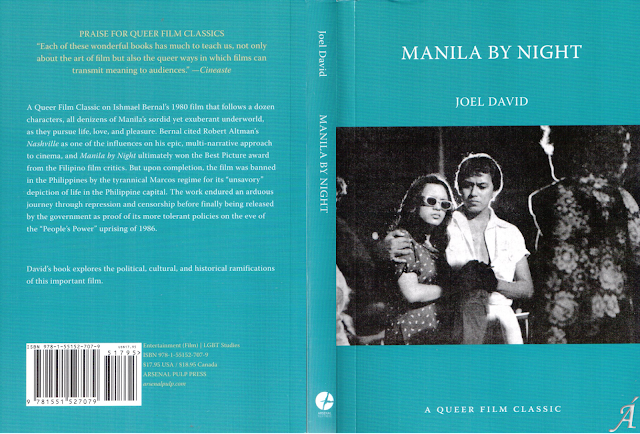