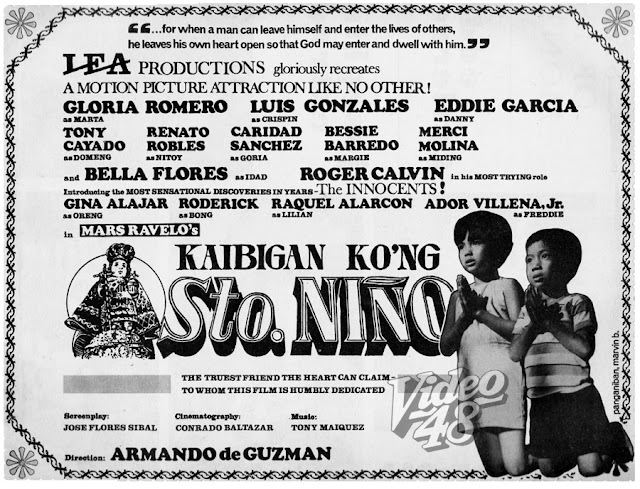 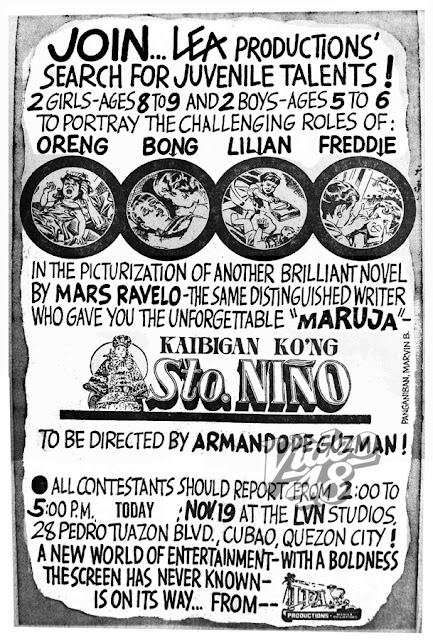 When the movie Kaibigan Ko’ng Sto. Niño was first advertised and promoted in 1967, the name Mars Ravelo was being peddled to the moviegoers as the author of this popular komiks serial. Ravelo’s name was prominently placed above the title and I was duped to believing that it was really Ravelo’s masterpiece and was based from his story, till my blog-friend Jose Mari Lee took note of this in one of my blog posts---


“Kaibigan Ko’ng Sto. Niño was actually written by A.S. Tenorio, but Mrs. Emilia 'Miling' Blas, producer of Lea Productions, struck a deal with Tenorio and Ravelo. Mrs. Blas had smash hit films after smash hit films – especially the ones based on Mars Ravelo's komiks serials. She wanted to use Ravelo's name as the author of the series and that was what happened. Tenorio agreed to receive the payment because he was supporting his family. What was so ridiculous was: the komiks readers who were also the moviegoers, knew who exactly wrote the story, and the film became a hit anyway, because it was already pre-sold to the reading public.

Not a very good PR move for Lea Productions and the public felt cheated.

Lea had produced some of the best Filipino films, yet they had sort of tarnished their reputation because of this kafuffle.” 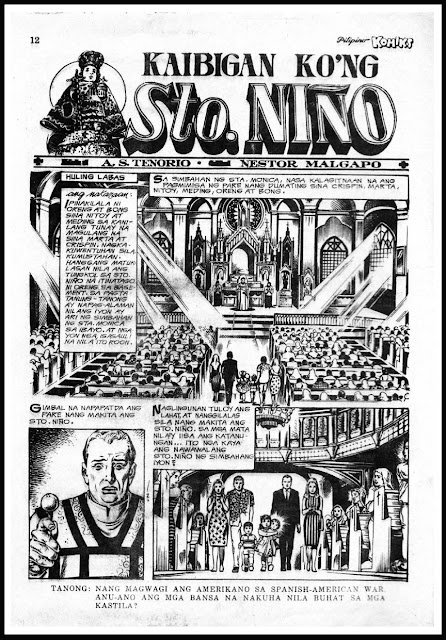 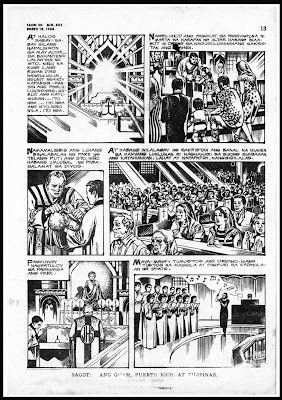 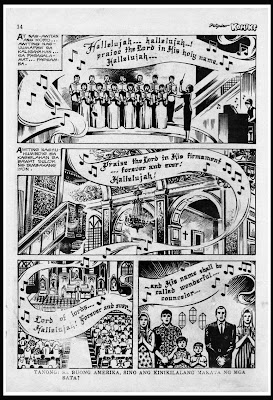 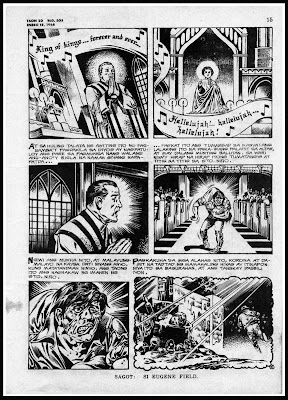 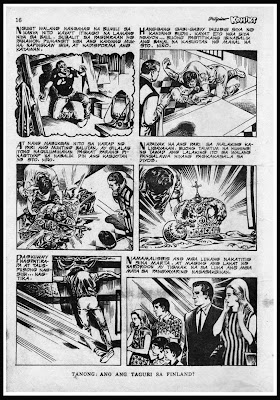 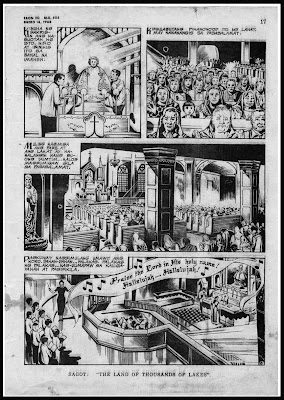 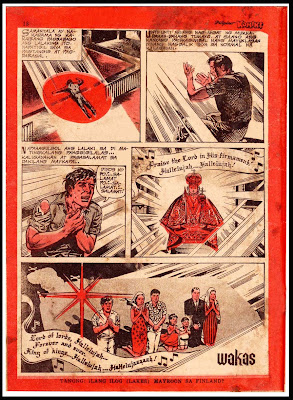 The film turned out to be really good, anyway, and the superb acting of the children, namely: Gina Alajar, Roderick Paulate, Raquel Alarcon and Ador Villena – made the film truly endearing.