THE SIXTIES # 52: FERNANDO POE, JR. AND LYN D'AMOUR IN "MARKADO" (1960)/ THE MOVIE THAT MADE FPJ A BOX-OFFICE DRAW AND THE TOP ACTION STAR OF PHILIPPINE MOVIES 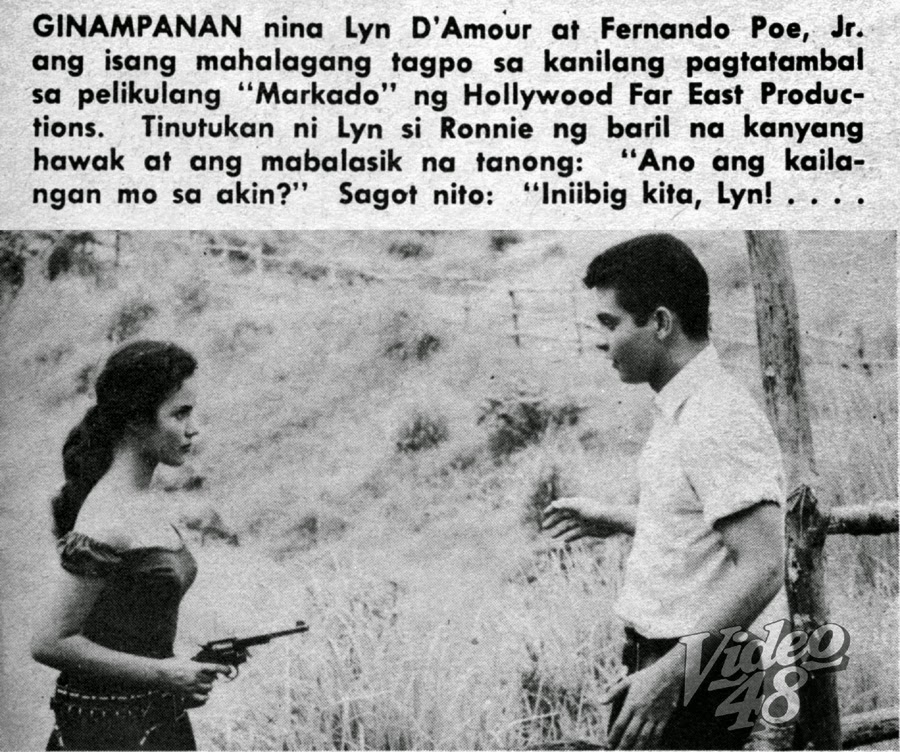 Markado (1960) is a must-film for all FPJ fans. It established and cemented his hold as a major and top action star in Philippine movies which he held for about four and half decade until his death in 2004.

Flashback to 1960: Excerpt from the article “Batang Taquila” by Nick Joaquin--- The young FPJ was under contract with Premiere Productions at php3,000 per picture and was already a box-office star as proven with Kamay ni Cain, Laban sa Lahat and Pepeng Kaliwete, When the contract was to be renewed, Ronnie asked for a raise in pay to php 4.000 per picture. “Premiere wouldn’t bite.” Ronnie found himself, a top box-office star, who couldn’t find work. In the local movie world, still to be fissured by the independents, the big studios still formed a tight circle that shut doors to anybody who dared defy any of them. Ronnie was making history again, by being the first of the movie star rebels.

For some six months he was out in the cold, reduced to becoming Boy Francisco’s “extra.” Boy Francisco (member of the so-called Lo’ Waist Gang) was then working as doorman in a plush office building in Port Area, behind the Manila Hotel. On Boy’s day-offs, Ronnie took his place, opening the door and saying the proper greeting to the executives. “I had to rehearse the dialogue!” The stint earned him five pesos each time and anyway, the office building was tucked away in a place “where my fans couldn’t see me.”Then a new company, Holywood-Far East, one of the first of the “indies,” contacted him about doing Markado. Ronnie decided to bluff it out. He demanded, not php4,000, but double that sum. “It was a gamble. But my family really needed the money. I had been out out for work for so long.” Hollywood-Far East, staggered, took three weeks to think it over. Ronnie got his php8,000. He had started the escalation of star prices that was to end the star-stable system.

Markado (1960) was Ronnie’s first in a genre, the Philippine western that Efren Reyes started with Bandido. After Markado, Ronnie didn’t have to extra for Boy Francisco anymore. In fact, he found himself doing three pictures at the same time--- Apollo Robles for Premiere, Sandata at Pangako for LVN, and the final Lo’ Waist movie for the Santiagos--- all at php10,000 per picture. Even Premiere, which once balked at php4,000, had bit. 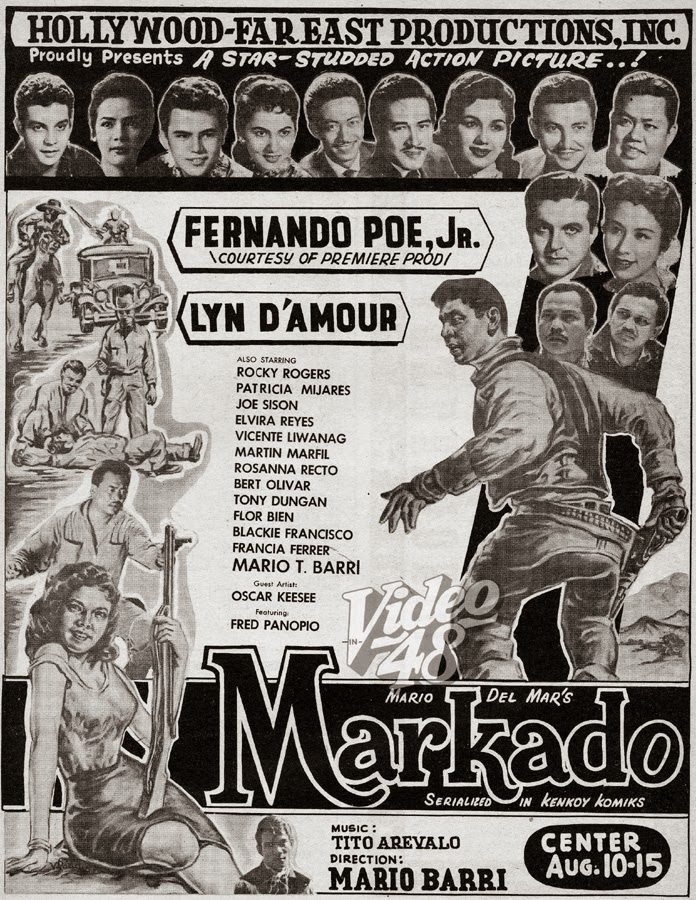 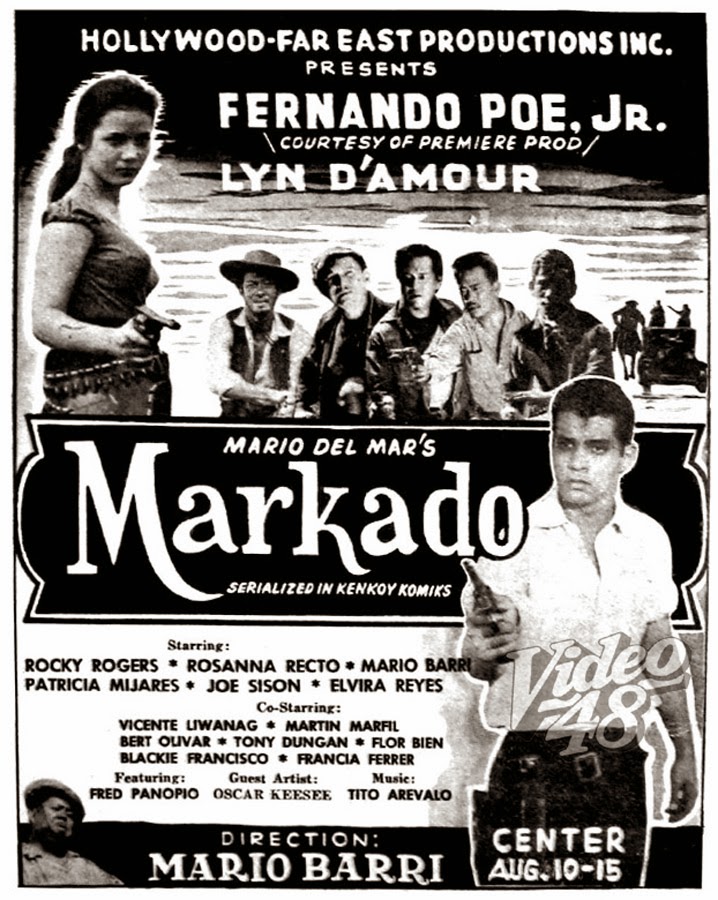 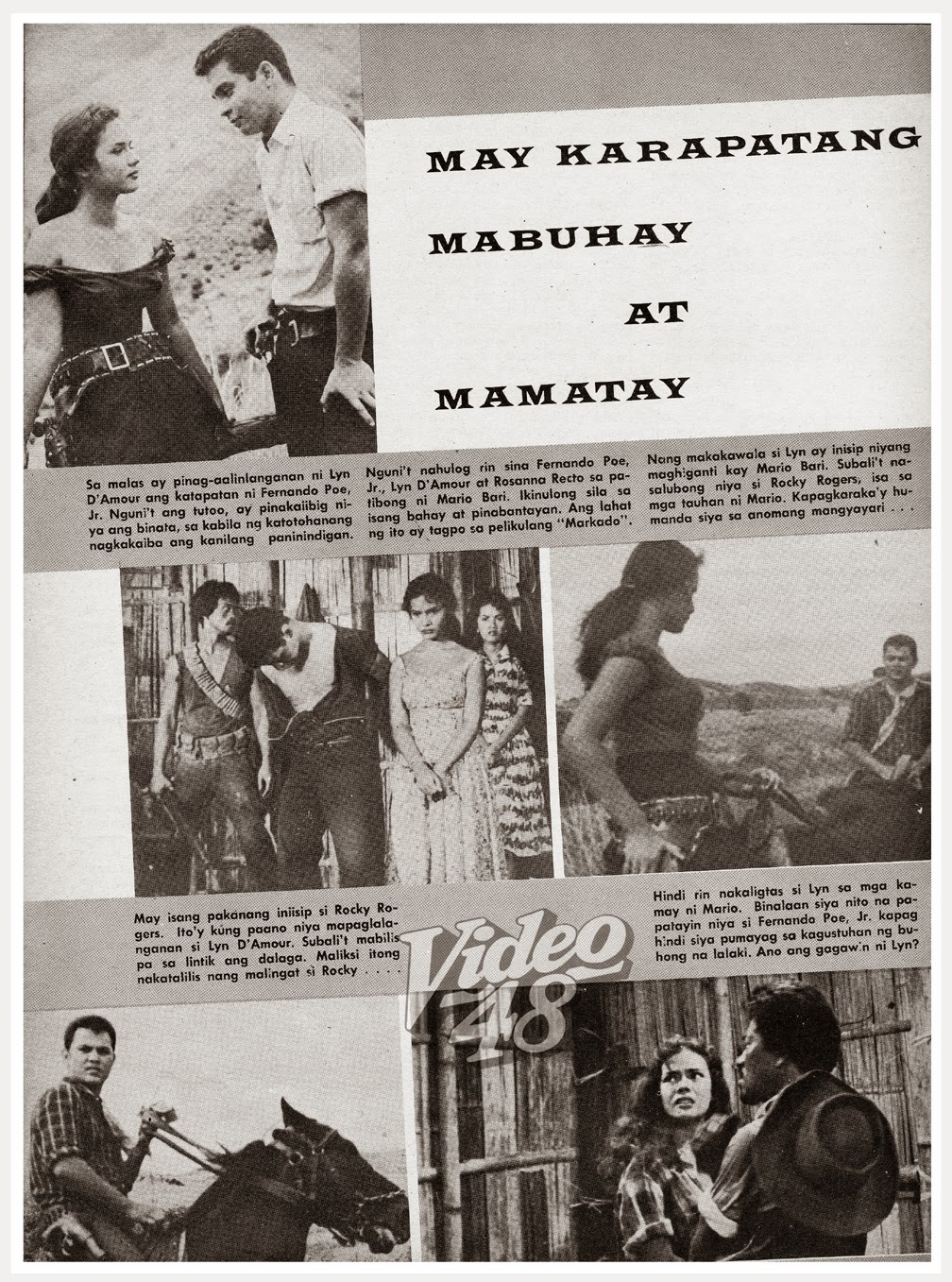 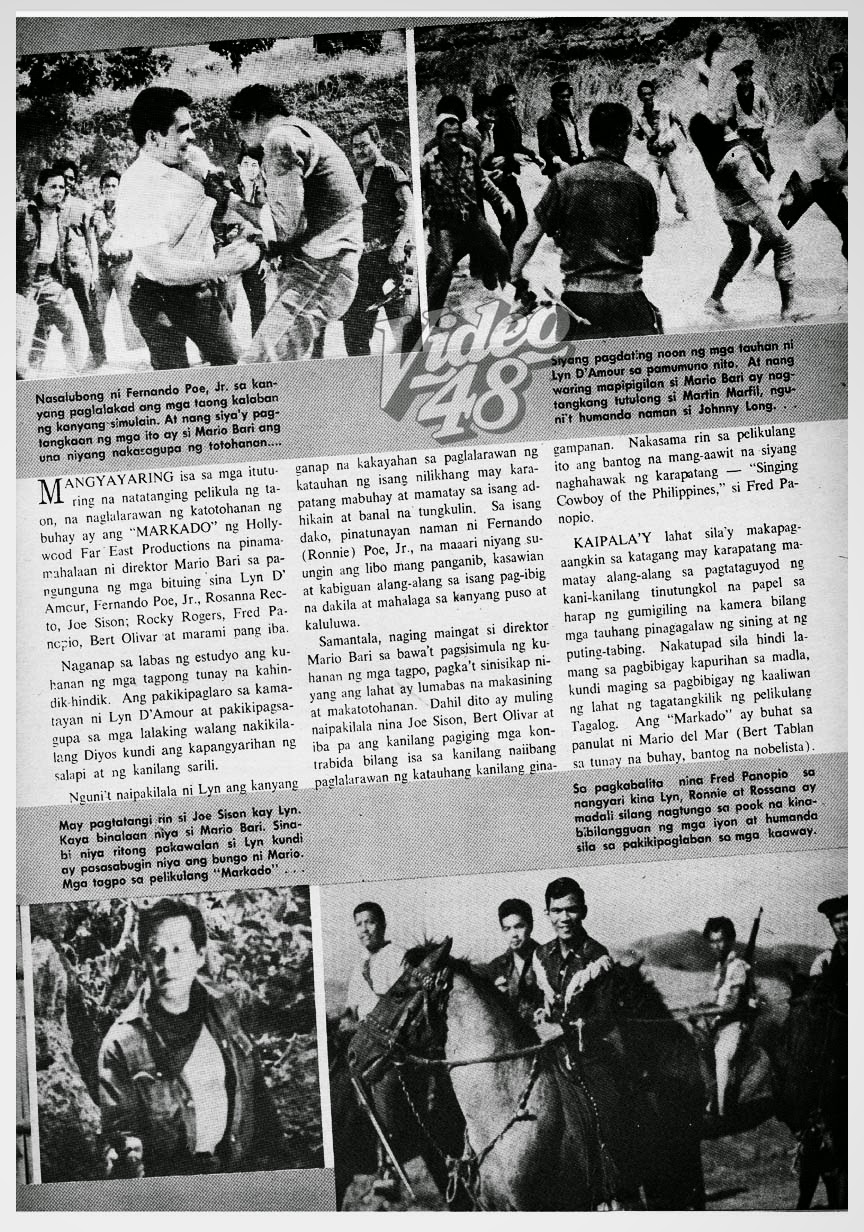 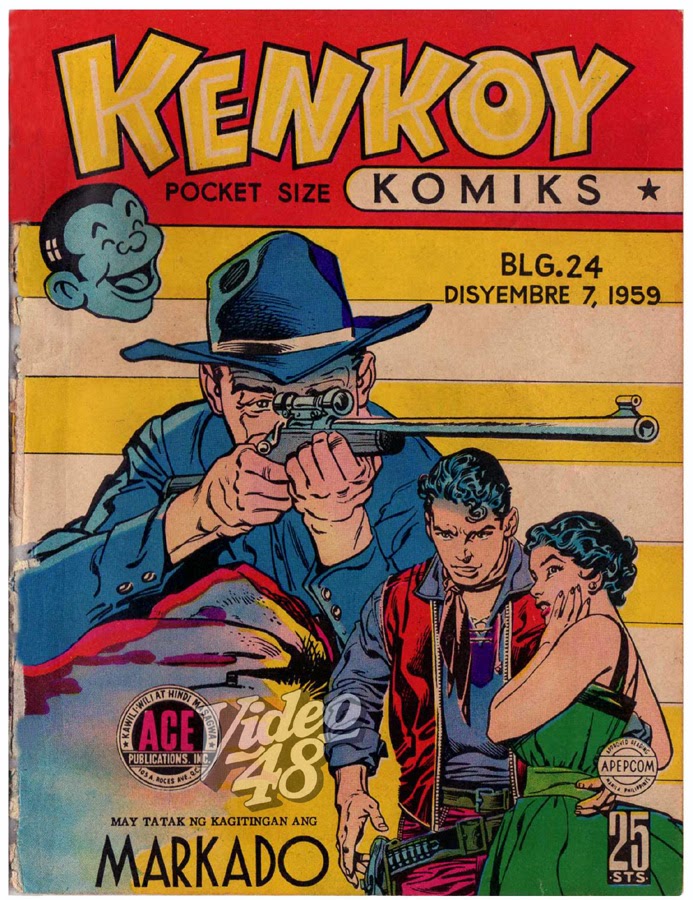 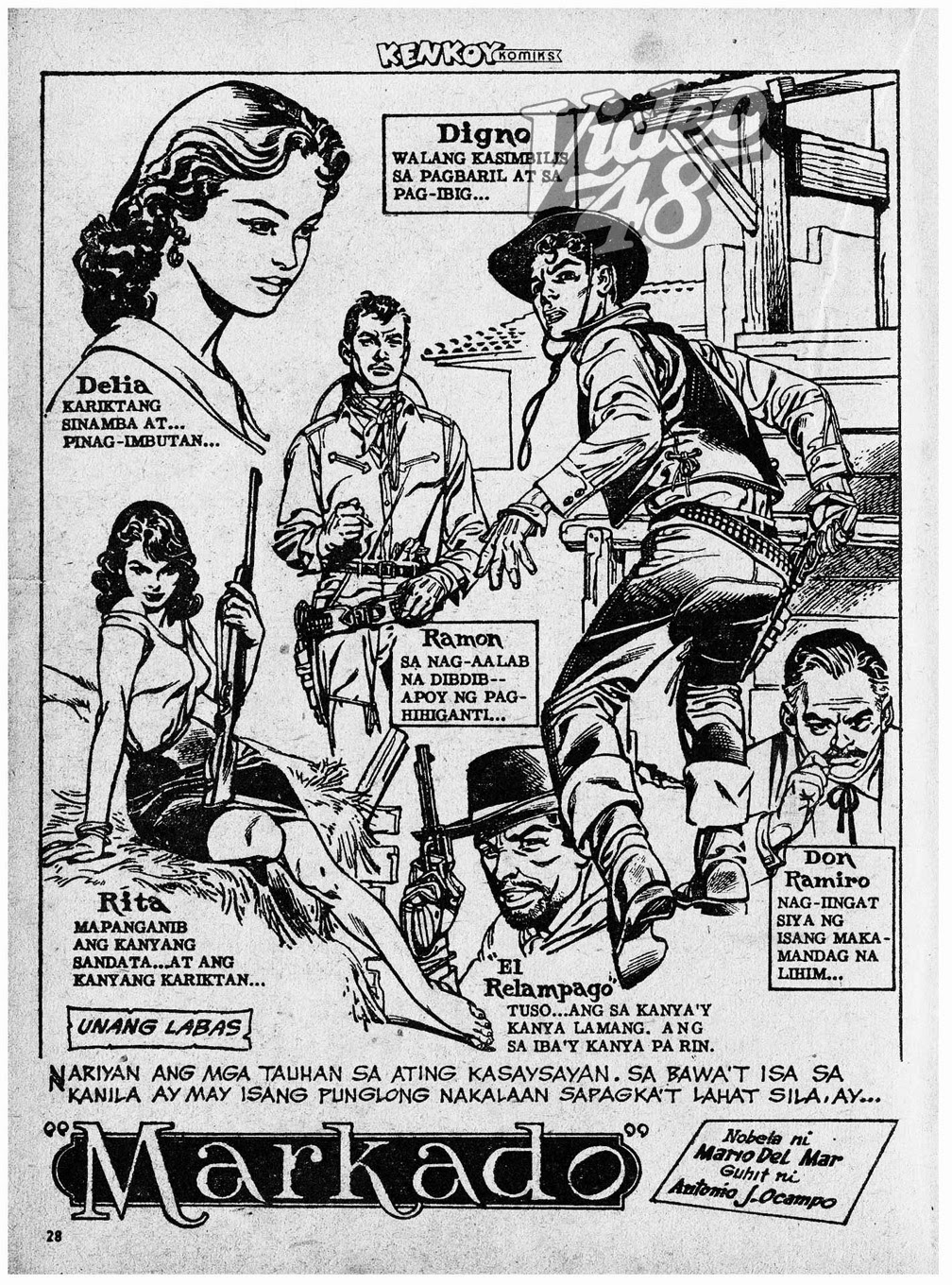 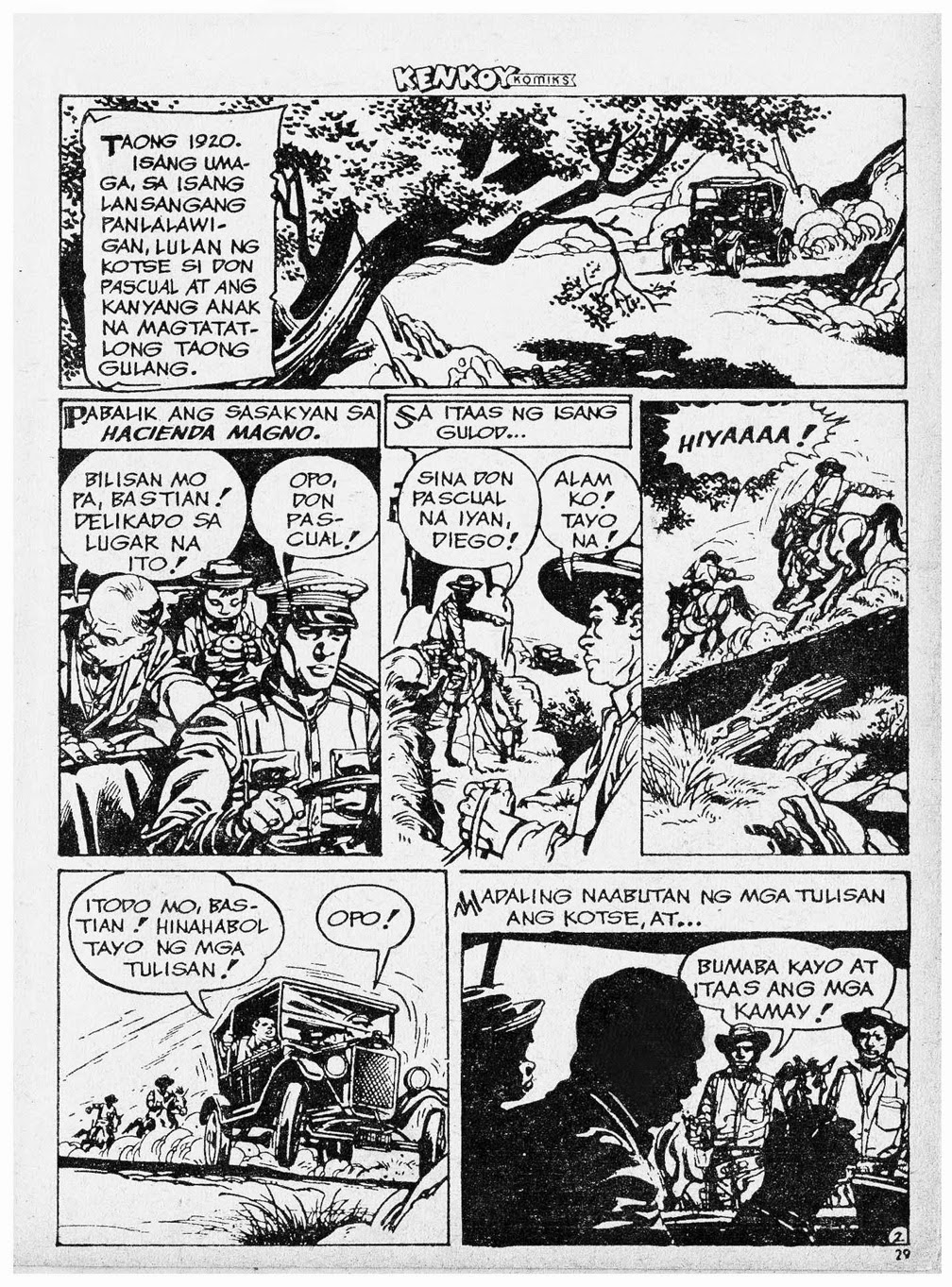 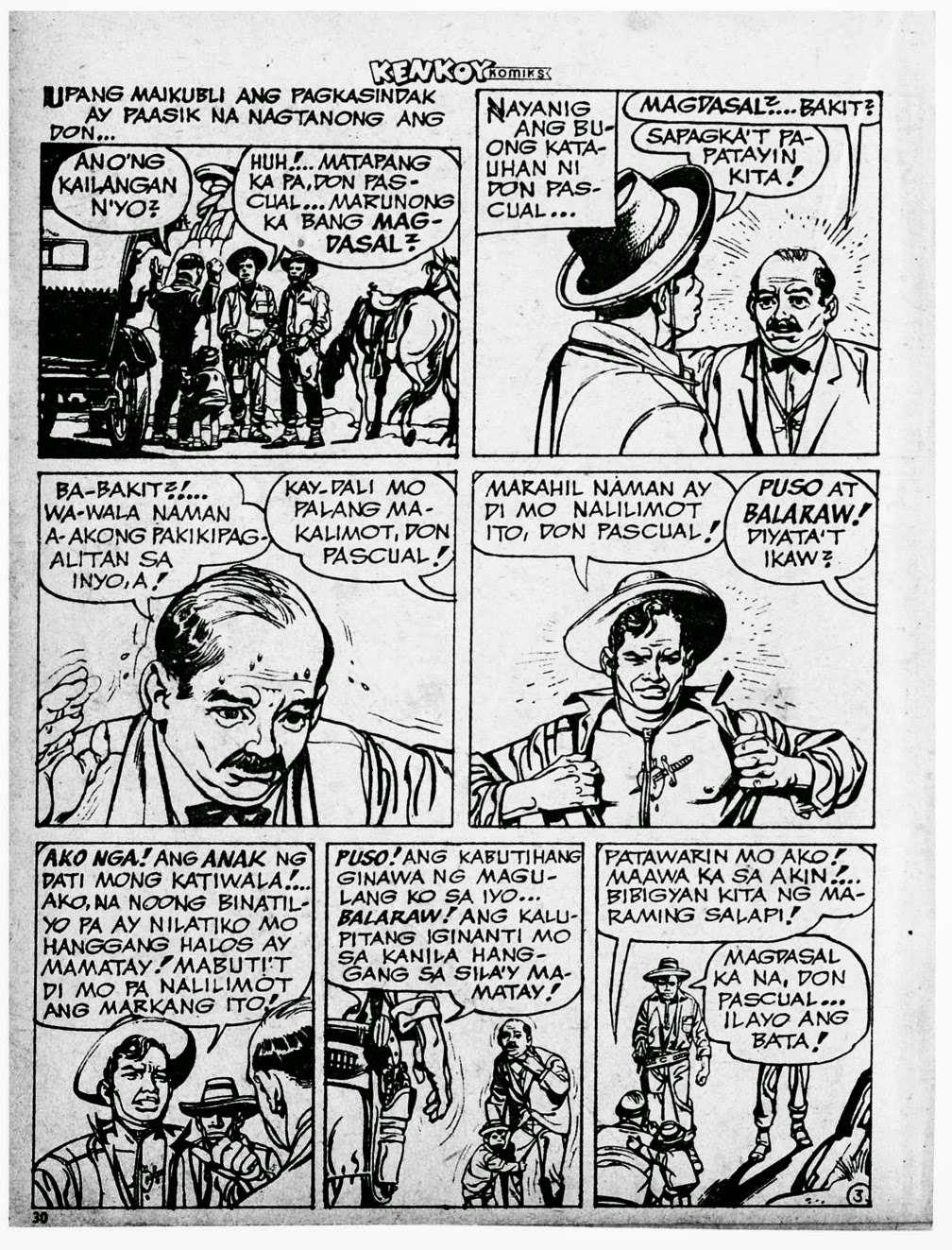 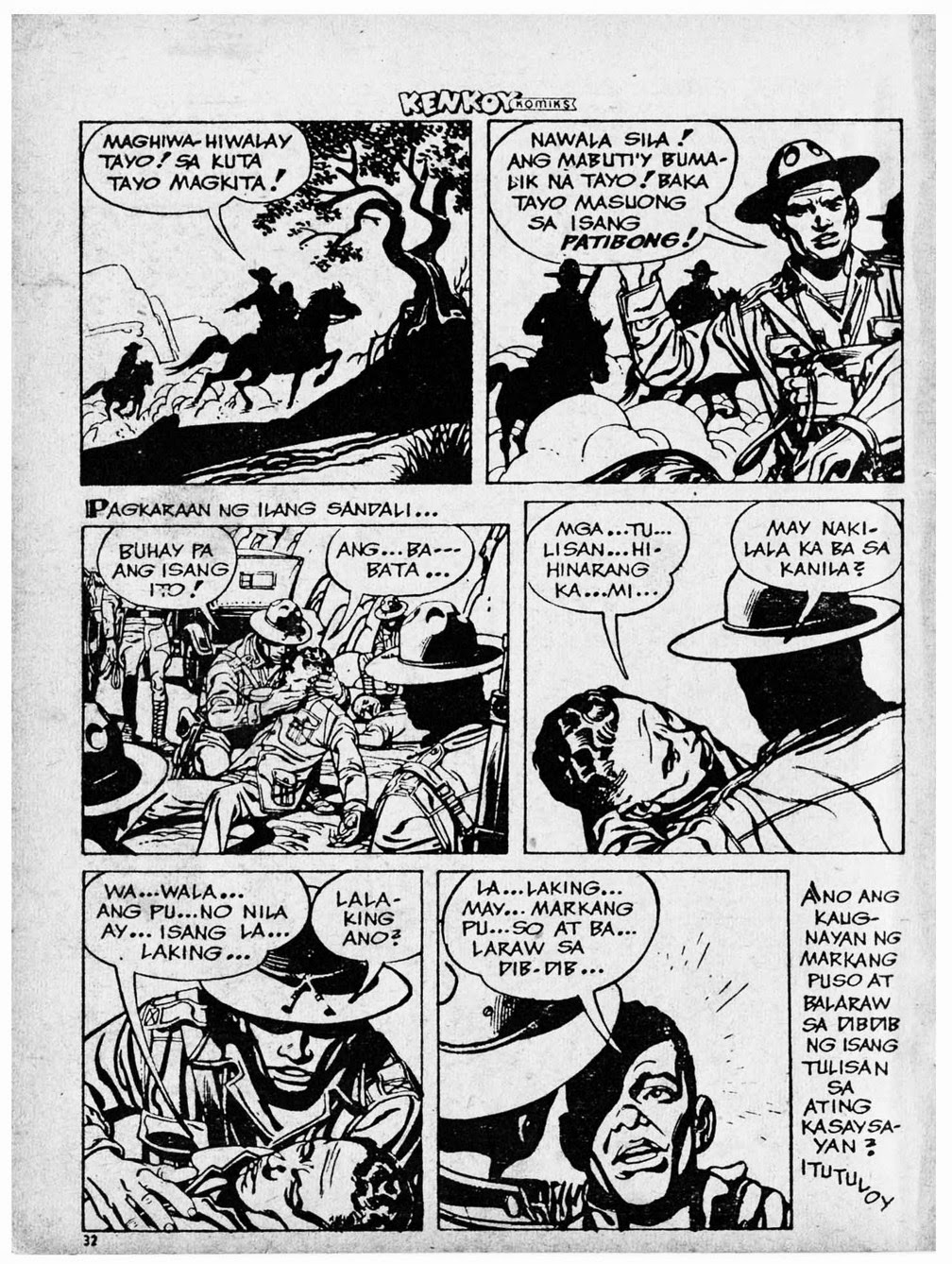 Inspired from a novel by Mario Del Mar becomes a live action/western Fil of the early 1960's era starring Fernando Poe Jr as the armed outlaw in Markado a classic Filipino film released by Premiere Productions. Thanks! From:Wayne