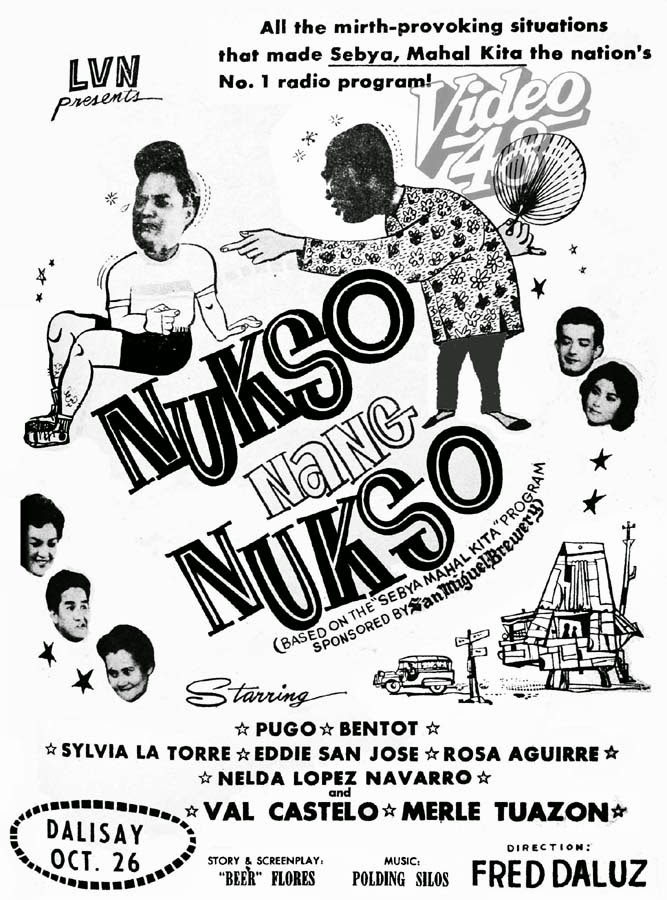 I used to watch Pugo and Bentot in a highly rated and popular TV comedy show, “Tang Tarang Tang.” That was in the 60s. I savor the many funny and hilarious situations that two went through.

Just the other day, I was able to watch a 1959 classic comedy, Nukso Nang Nukso, probably the only surviving Pugo-Bentot movie wherein the two are the lead stars. It was based on a popular radio program, Sebya, Mahal Kita from a story created by 'Beer' Flores. Here, Pugo is Mang Nano Batekabesa, the scheming but lovable trickster who always devises crazy plans on how to make easy money so as to finance his little vices like jueteng and cockfighting. Bentot is Bitoy, his overgrown child who unwittingly divulged their plans, usually getting his father into all sorts of trouble. Also in the cast are Rosa Aguirre as Aling Rosa, Sylvia La Torre as Sebya, Mang Nano's daughter and Eddie San Jose is Aling Rosa's son Eddie Biscocho, married to Sebya. 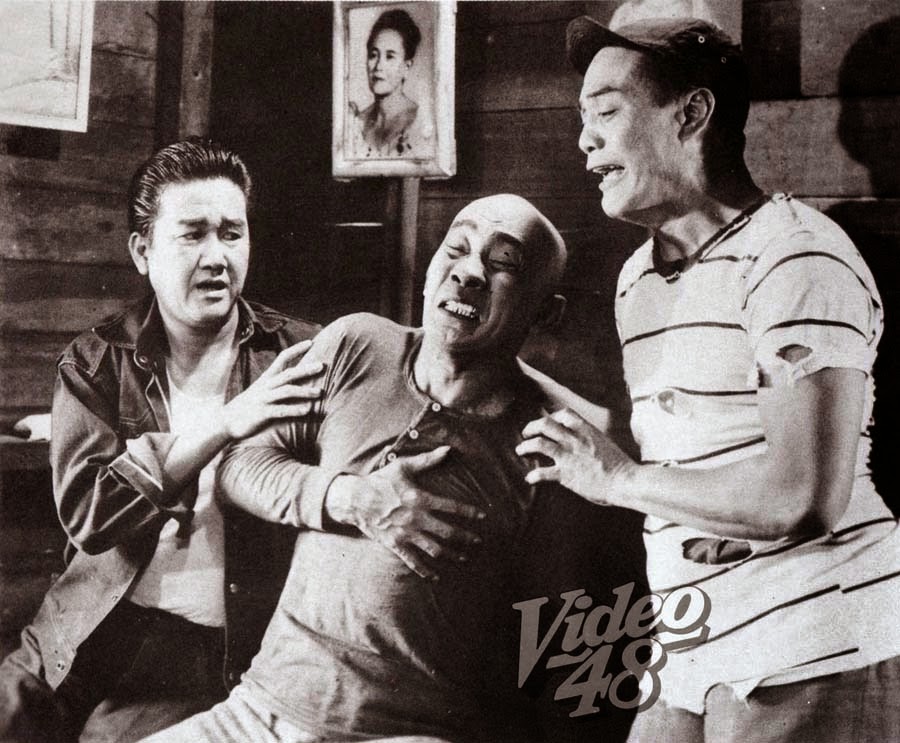 
Photo shows Mang Nano (Pugo) tries to pull off one of his many 'wicked' plans on his dim-witted son-in-law, Eddie (Eddie San Jose) while Bitoy (Bentot) innocently looks on.

Here’s the opening scene of this classic comedy, a vintage “Pugo” and “Bentot."

Watch this movie last night on RETEATRO Jeepney TV and it was so nostalgic. The scenes and setting reminded me so much of my childhood and indeed in a scene where they showed a calendar on the wall (September 1959), it was then I realized I was only 4 months older than this movie. I particularly liked Eddie San Jose's vintage jeepney named "Sebia".