THE SIXTIES # 311: JEFFREY HUNTER, MARSHALL THOMPSON, RONALD REMY AND BARBARA PEREZ IN "NO MAN IS AN ISLAND" (1962)/ Reposted 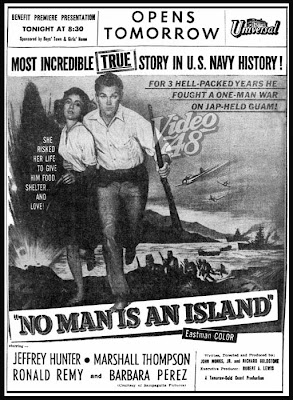