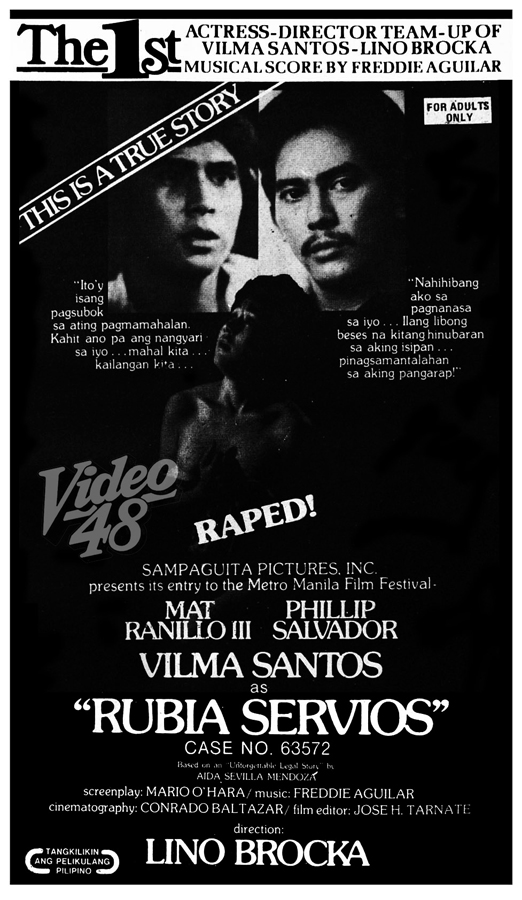 (Synopsis) Medical intern Rubia Servios (Vilma Santos) is engaged to Dr. Norman Ignacio (Mat Ranillo III), but persistent suitor Willy Trison (Phillip Salvador) refuses to give up. On the day of the death of Norman’s father, she is abducted by Willy and brought to an island. She is repeatedly raped and offered marriage by Willy. She turns him down and warns him that she will bring matters to the police. However, he is confident that she will not press a case against him as she will not want the stigma of a rape victim. Rubia is released and she brings him to court. Willy is sentenced to six to ten years in prison. Rubia discovers she is pregnant and the steadfast Dr. Norman Ignacio proposes marriage. She gives birth to Willy’s daughter, Vivian, and they leave for Canada. Rubia wants a child by Norman and they have a son.

Years later, they return to Manila. There are mysterious calls on the telephone. It is Willy and he wants his daughter. Rubia and Norman hide Vivian and plan to leave for the American continent. However, Willy is able to kidnap the child with the help of an ice cream vendor. She is brought to the island and she begins to look to him as her real father. But she also wants her mother. Willy calls Rubia and tells her to join them in the island. Rubia refuses. There is a confrontation between Norman and Willy. Norman is beaten up. Still Rubia is adamant. She becomes terrified when Willy sets up a headless child in a remote area— the discovery of which is sensationalized in the tabloids. Finally Rubia agrees to join him. She takes the motorized banca with Willy as the pilot. In the middle of the sea, she takes a paddle and hits Willy. Willy falls into the water. Rubia takes her gun and shoots him. The banca reaches the island. Rubia is happy to see Vivian alive. As an epilogue, Rubia and Norman leave for the States where they are presently residing.  (Source: Lino Brocka: The Artist and His Times) 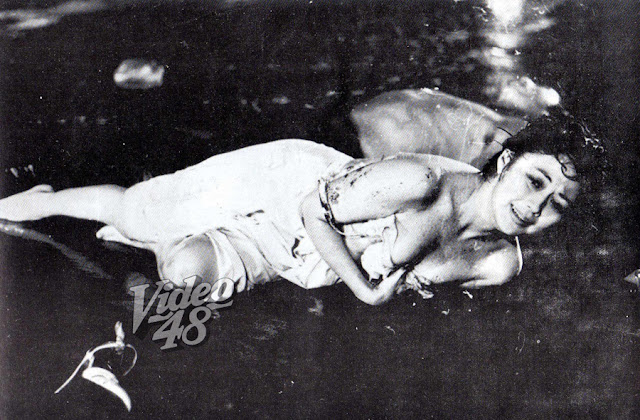 Vilma Santos in a titular role as Rubia Servios