During the 1964 MPCP (Movie Press Club of the Philippines) Awards Night at National Press Club, Monching Lopez, a MPCP member, thought of a novel idea at the last moment… he bought wax bullets and announced a surprise award for the best marksman of the night. Called to participate were Fernando Poe, Jr., Joseph Estrada, Nestor de Villa and Johnny Monteiro. Surprisingly, Johnny, the swordsman won over the nation’s two top action stars. 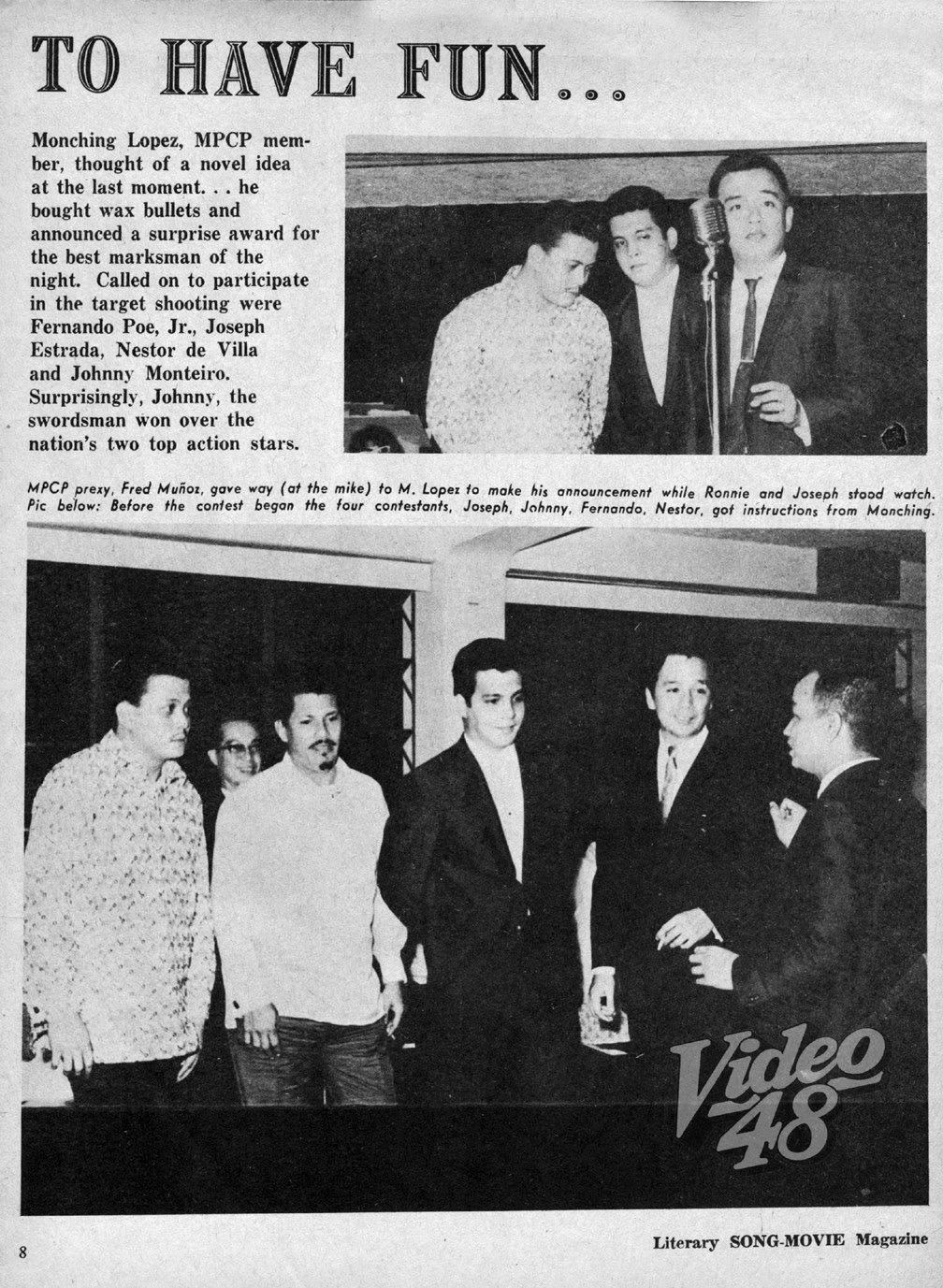 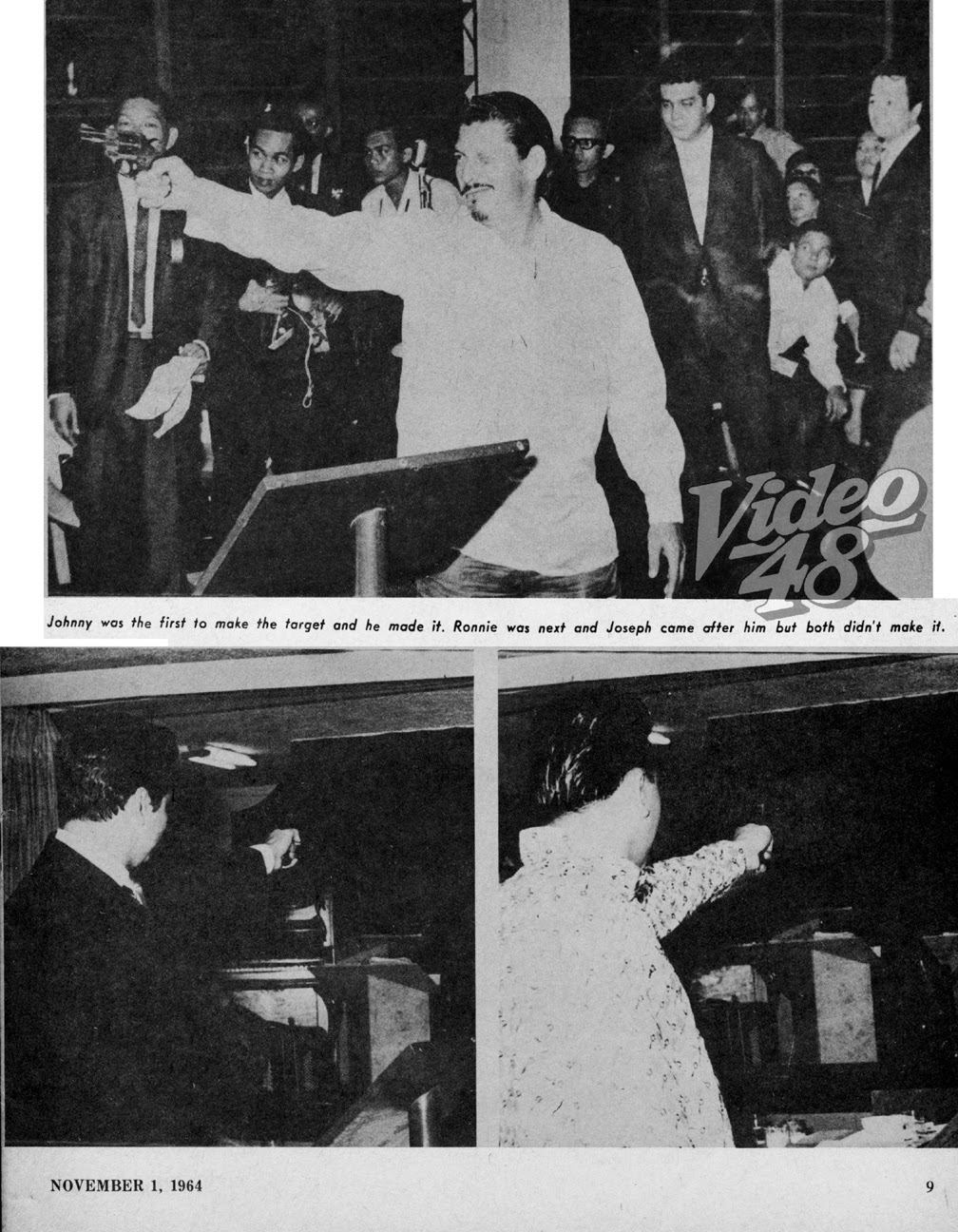