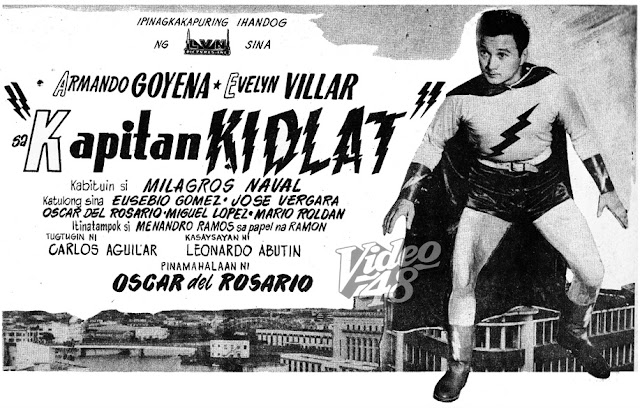 Pinoy version of America's Captain Marvel, Kapitan Kidlat was introduced to Pinoy viewers in the 1950s with screen idol, Armando Goyena playing the title role. Kapitan Kidlat, created by Leonardo Abutin, was based on a popular DZRH radio program.

"Inocencio Santos was a shy and humble man who worked at a police station, until he was granted incredible powers by Zeus, "the Supreme God", to aid the innocent and helpless against criminals. By uttering the phrase "Kidlat Ngayon" or "Kapitan Kidlat Ngayon", he would transform into the heroic Kapitan Kidlat !" 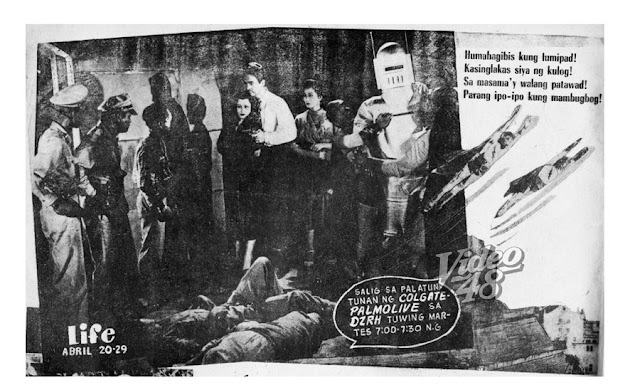