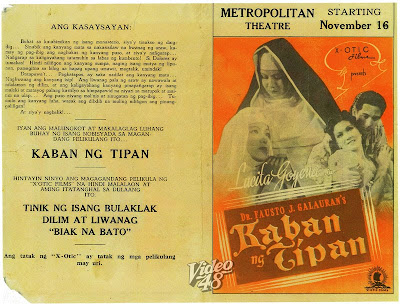 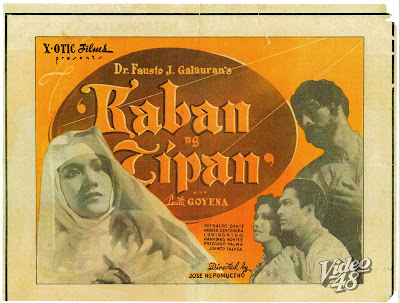 Not to be confused with the top rating ABS-CBN TV soap, did you know that there was a movie made titled Agua Bendita? It was released and shown in 1953. Surprisingly, veteran character actor Pedro Faustino was in the lead role, his name above the title. Faustino was a familiar figure in many photoplays playing nominal characters as a priest, peasant or farmer, father or grandfather of lead stars. 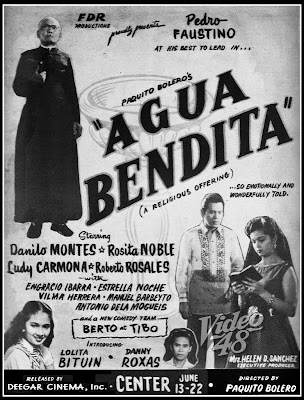 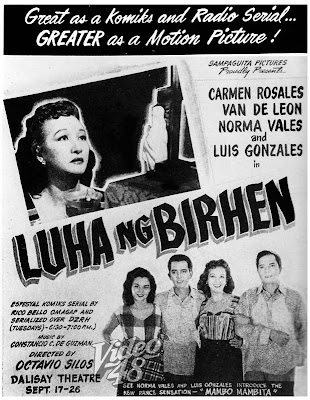 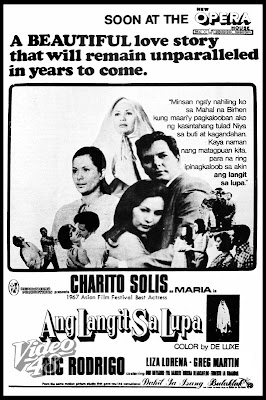 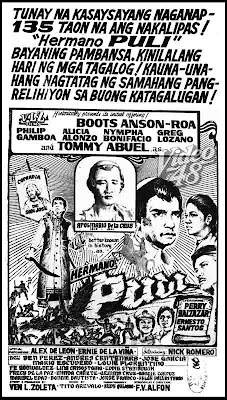 "Hermano Pule" (1976)- Stars Boots Anson-Roa, Philip Gamboa, Alicia ALonzo, Nympha Bonifacio, Greg Lozano and Tommy Abuel in the title role/ with Perry Baltazar, Ernesto Santos/ Directed by F.V. Alfon
Hermano Pule (1815-1841) was born Apolinario de la Cruz in barrio Pandác, Lucbán, Tayabas (now Quezon), but is better known as Hermano Pule. He led the first major revolt in the Philippines, based on a struggle for religious freedom.
As an infant, Apolinario wanted to become a priest. At the age of 24 in 1839, he attempted to enter a monastic order in Manila. He was refused because he was an 'indio' (native, indigent). Frustrated, he worked in the San Juan de Dios Hospital. During his spare time, he studied the Bible and religious material and actively listened to church sermons, thus developing his knowledge in theology.
In June 1840, he founded the Cofradia de San José (Confraternity of St. Joseph) which excluded caucasians. The brotherhood fostered the practice of Christian virtues. When Spanish religious authorities heard about the organization, they immediately condemned the brotherhood as heresy. The brotherhood's number grew despite its persecution. Spanish authorities, including Governor-General Marcelino Oraa and Archbishop Jose Segui, regarded the Cofradia as a heresy and banned it. However, the more persecuted the Cofradia was the greater it grew in numbers.
Finally forced to fight for religious freedom, Pule rallied 4,000 followers at Barrio Isabang on the slope of Mount Banahaw and was able to vanquish an attack by Alcalde-mayor Juan Ortega and his 300 men on October 23, 1841. However, reinforcements came on November 1 with Colonel Joaquin Huet who not only annihilated the Cofradia forces but massacred hundres of defenseless old men, women and children who joined Pule in Alitao. Pule escaped to Barrio Ibanga but was captured the following evening, and on November 4, 1841 he was executed by a firing squad at the town of Tayabas. (Internet Source) 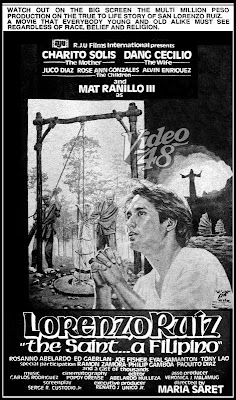 Born in Binondo, Manila, about 1600's, he was educated in the school of the Dominicans there. He served as an altar boy and later was a helper and clerk-sacristan in the church of Binondo. He was a member of the Confraternity of the Rosary. He made his living probably as a calligrapher, one who renders documents in beautiful penmanship for private or official use. To be sure, that work denoted an accomplished and educated person, especially at a time when many an illustrious personage was far from excelling in this art.

An adverse event made him leave the Philippines in 1636. When he was in his late twenties or early thirties, he became involved or was accused of being involved in a criminal case, the circumstances of which are far from clear. Whether he was involved or not, one thing was clear, he was afraid that, as a consequence of a trial or mistrial, he might be given a death sentence.

Upon landing in Japan where Christians were being persecuted, he was arrested and imprisoned together with his companions. He underwent inhuman tortures and valiantly confessed his Christian Faith. Refusing to renounce his Faith, he told his executioner that he was ready to die for God and give himself for many thousands of lives if he had them. On September 27, 1637, he was hung from a gallows by his feet, his body falling into a pit. After two days of agony, he died of bleeding and suffocation. His body was cremated and the ashes thrown into the sea.

He and fifteen companions, martyred in the same persecution, were beatified by Pope John Paul II in Manila on February 18, 1981 and elevated to full honors of the altar by canonization on October 18, 1987 in Rome. Their feast day is on September 28th. 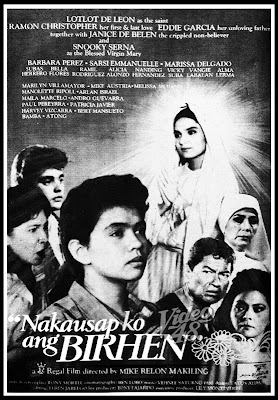 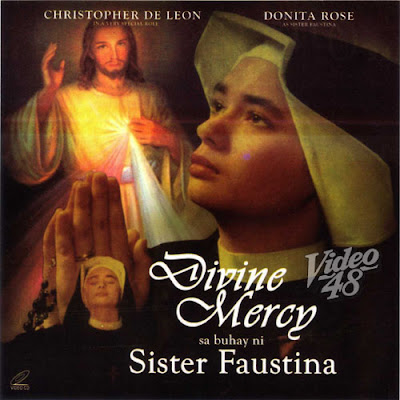 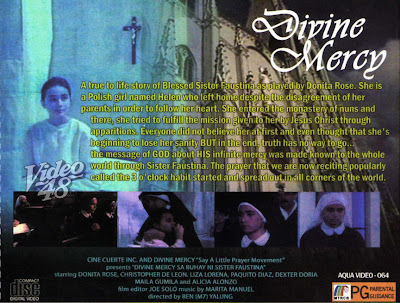 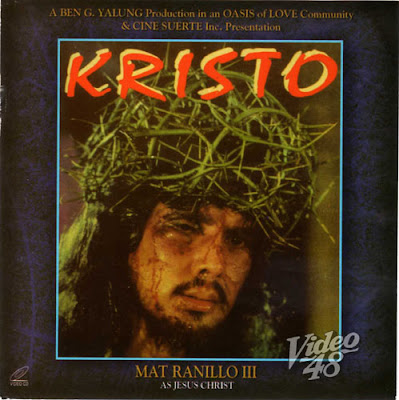 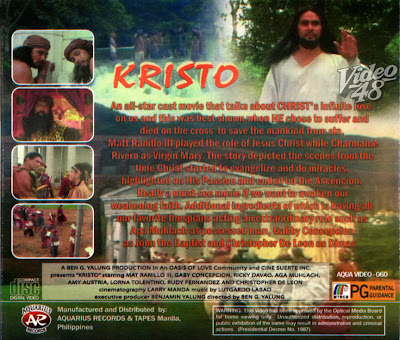 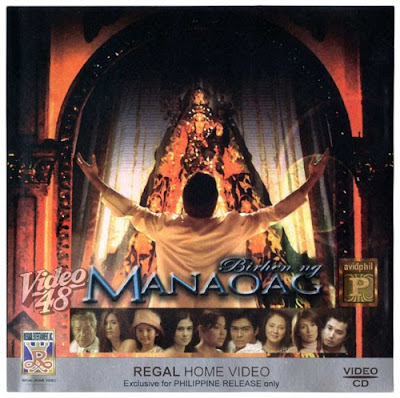 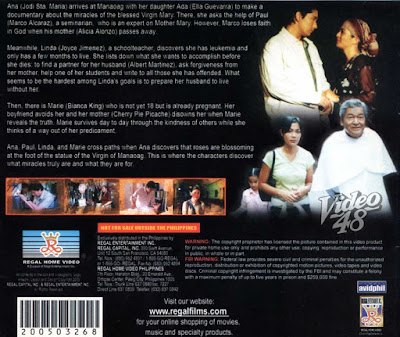 Pedro Faustino was part of many Ramon Revilla Sr. movies. He was typically cast as the old man who gives Ramon's character the "anting-anting."

One instance was the 1973 Imus Production 'Pepeng Agimat.'