BOLD STARS OF THE 80s # 5: THE MUDDLED CASE OF STELLA STRADA 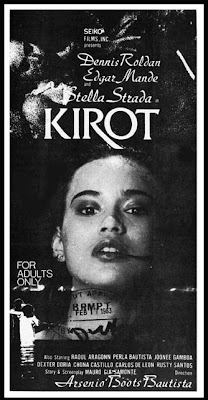 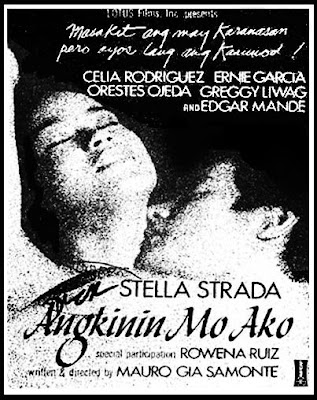 Stella Strada started her movie career in a very high note in 1983 in Seiko Films’ Kirot. She was Seiko’s top honcho Robbie Tan’s prized contract star. She was making one blockbuster movie after another. Movies like Puri, Angkinin Mo Ako, Hanguin Mo Ako sa Putik, Kriminal and Sex Education were all sensational hits.
In the latter part of her life, Stella’s movie career took a nosedive as less and less film offers came her way, as she decided not to do any bold movies. She became so depressed that she was reportedly went into drugs. She even hired a new manager to supervise her career. On December 28, 1984, she committed suicide together with her confidant. Both were found hanged. The sad story shocked the whole movie industry. Her death has been shrouded with mystery as police authorities were trying to piece the evidences together. You can read all the details below. 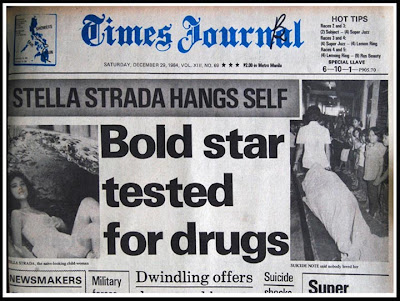 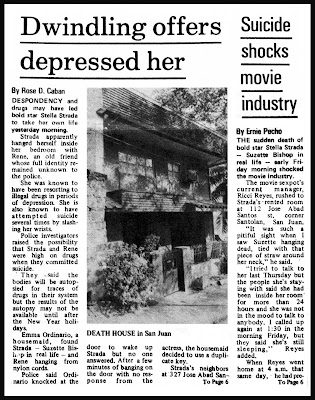 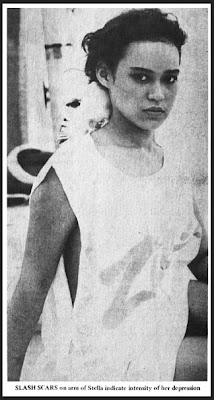 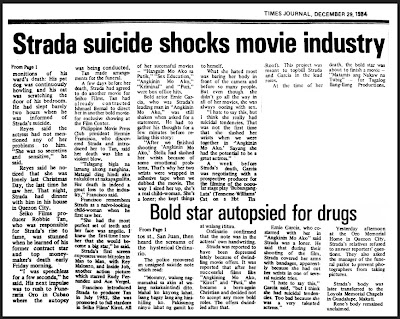