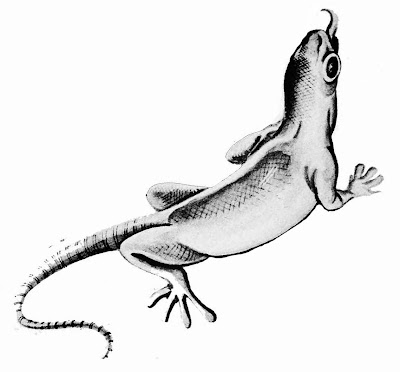 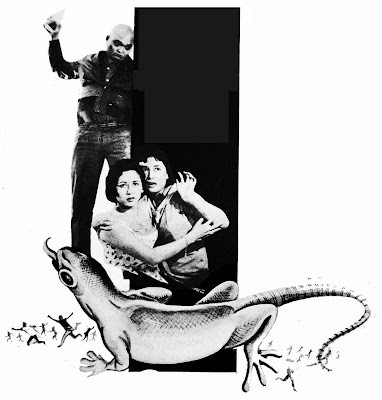 Considered the first of the popular ‘atomic mutation gone wild’ genre, Tuko sa Madre Kakaw caught the fancy and imagination of Pinoy viewers at the time it was shown in the late 50s. Shown in 1959, the same year, another movie, Anak ng Bulkan (about a monster bird in a rampage of destruction) was released.

Character actor Vic Diaz played the role of a mad biologist who plotted to conquer the world and destroy mankind by formulating a serum or formula that could increase the size of animals a hundred times. He tested it on a ‘tuko’ or gecko which turned into a giant menacing reptile.

Diaz reminded me of another bald-headed actor, Albert Dekker, the lead star in Dr. Cylcops (1940). Dekker, like Diaz also essayed the role of a mad scientist. Dekker, this time, shrinked human beings to a tiny size or a fraction of their normal size. 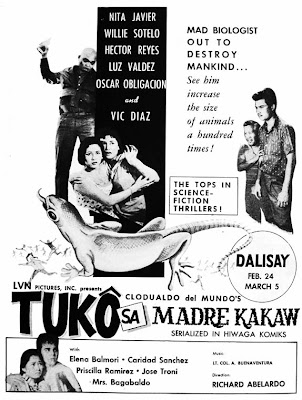 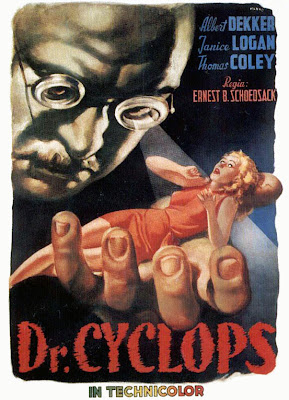 Other Pinoy sci-fi of that era were: TAONG PUTIK, ZAREX, EXZUR, DAGITAB. I forgot whether they were made into movies....

Hi Auggie!
Exzur and Zarex, which I already posted and Taong Putik were made into movies. I'm not sure of Dagitab.

How about ANAK NG KIDLAT and DONG of the Redondo brothers ?

Anak ng Kidlat was also made into movie in 1959; don't know about Dong. I'll be featuring Taong Putik and Anak ng Kidlat in my succeeding posts.Thank you for the visit, Auggie!

Is this the film where the villain created a monster tuko because that was the only way the girl will go out with him? I remember watching that film as a kid. Up to now, im still freaked out by 'tuko'.

Is this also the same Vic Diaz that starred in "Blood Thirst"?

I also remember watching this movie in bits and pieces and in the corner of my mind. My wife and my mother in law cannot believe and finds it funny for me to know these stuff. English lang daw kasi pinanonood nila noon. Ako tagalog lang.- tedantstocarants