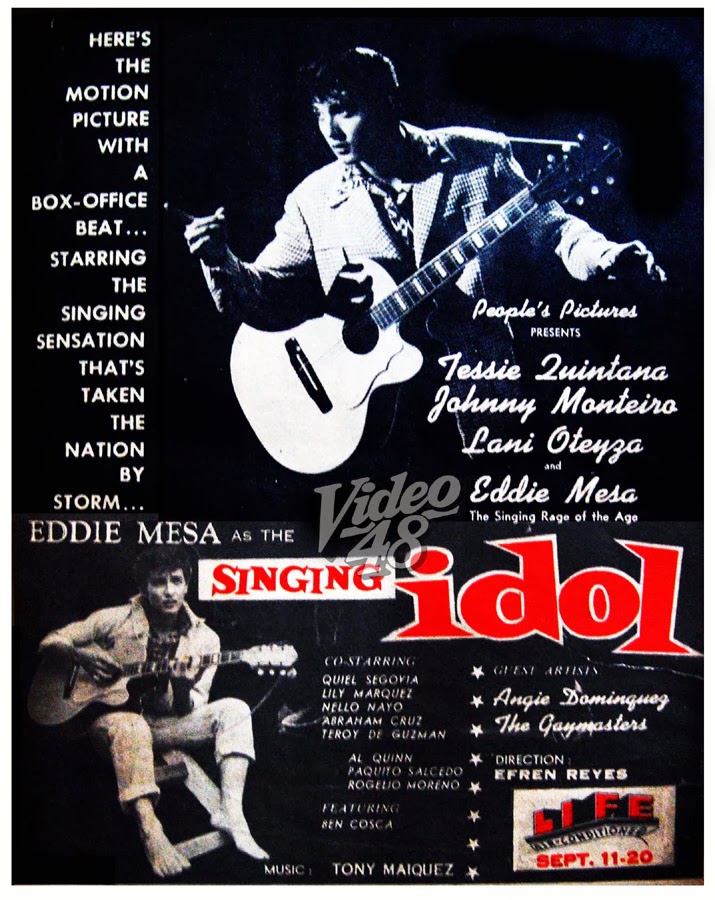 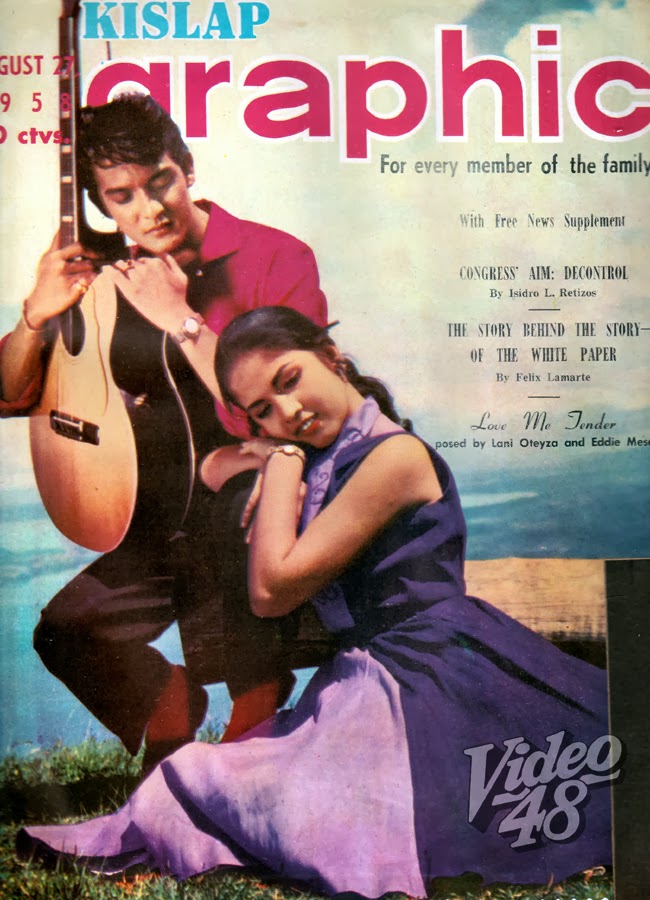 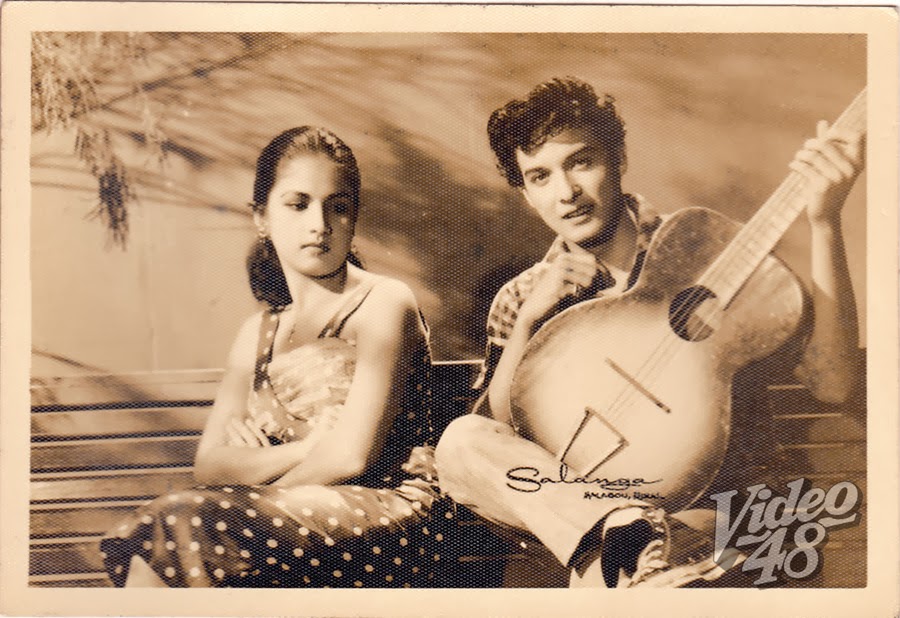 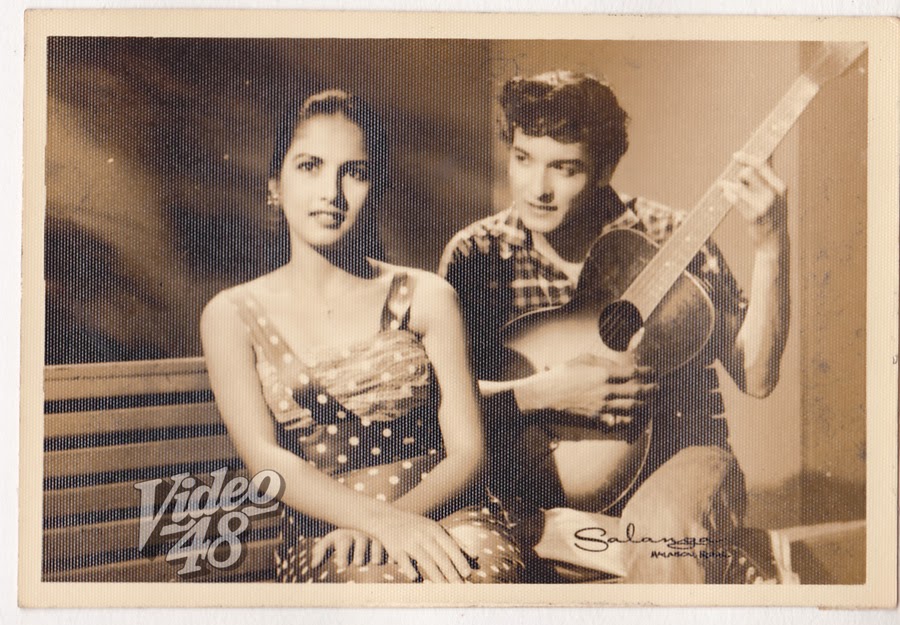 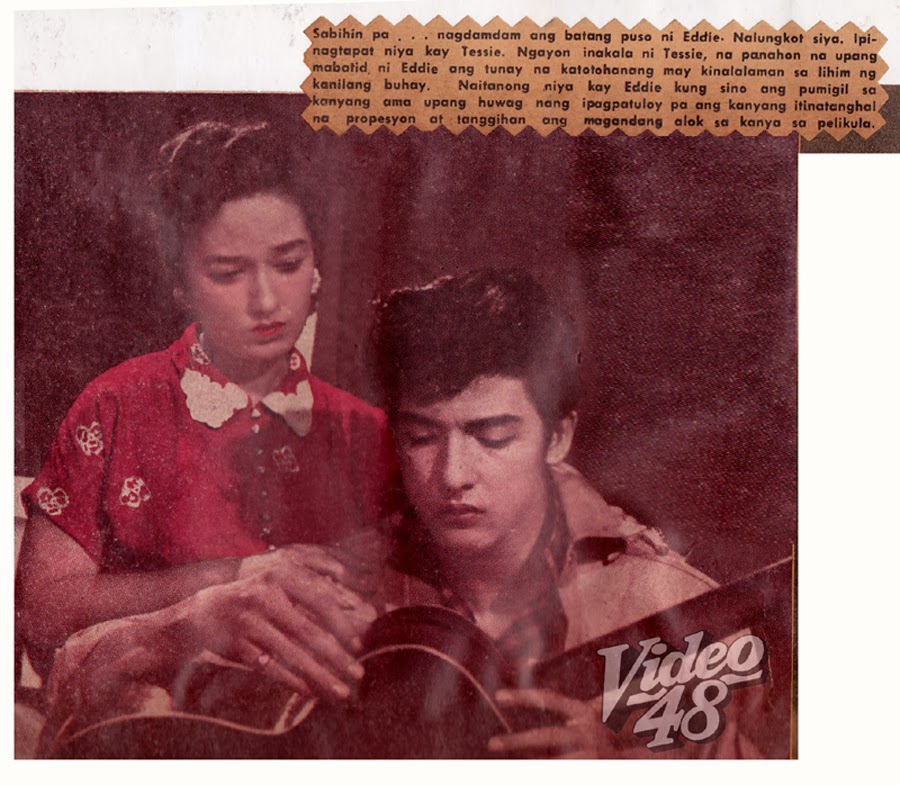 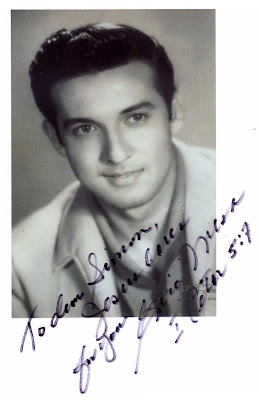 Excerpts from:
Eddie Mesa and The Reachable Star
CONVERSATIONS With Ricky Lo
Sunday, April 20, 2008
How did you become the Elvis Presley of the ? There are several other “pretenders” but you are The One.

“You know, I never heard of Elvis when I was in high school at the in , pero mahilig na ako kumanta. I would sing songs of Mario Lanza, Jerry Vale, Vic Damone and Sammy Davis Jr., who became my favorite. But never Elvis Presley. In fact, when I auditioned for the dzMB show Oras ng Pananghalian, I sang a Sammy Davis song, Six Bridges to Cross. Then, one of the Donato brothers, told me, ‘Sing Elvis Presley songs. Magtayo tayo ng banda.’ I hadn’t even heard an Elvis song then. After several months...I was already out of school then, I never finished high school...I heard an announcer on the radio, ‘Elvis will be singing I Don’t Care If The Sun Don’t Shine.’ So, I turned the radio full blast and listened. I thought, ‘I couldn’ sing like this guy!’ Elvis was mumbling. I thought kasi, if you are singing dapat malinaw ang delivery. Not long after, the Elvis movie Love Me Tender was showing and I watched it at a third-run theater in Paco. Wow, I said, ‘Iba si Elvis!’ Iba ang beat niya, iba ang showmanship at mapapaindak ka talaga. Everybody inside the moviehouse was dancing! Back home, I stood in front of the mirror and studied how I could comb my hair like his. I shaved my sideburns para kumapal-kapal. Then, somebody taught me how to play the guitar.”
And that’s how you became Elvis Presley?
“Not yet. I started joining contests. Dito sa La Tondeña hosted by Rosa Rosal at the Luneta (now ), at nakasabay ko pa doon ang Reycard Duet. I sang another Sammy Davis song...(Proceeds to sing)...Love, your magic spell is everywhere...I won second prize. There was also the Boy Watsonal Castoria singing contest. I joined several other singing contests and I was winning first, second and third prizes. But I never won when I sang an Elvis Presley song kasi hindi pang-contest ang songs niya.”
Were you already known as Eddie Mesa then?
“I was using my real surname, Eigennman. But when I joined the Boy Watsonal Castoria contest, my cousin said the surname Eigennman was hard to remember so he suggested that I use my mother’s surname, de Mesa. But Eddie de Mesa didn’t sound okay, very redundant, so I decided to drop the ‘de’ even while I was using another name, Eddie Robles. And I won first prize. Later on, the Donato brothers got in touch with me and we formed a band called The Trippers, so called not because we were tripping on drugs but because we always went on trips — to fiestas, funerals, etc. But before The Trippers, I auditioned for Don Jose Zarah, producer of the shows at the Clover Theater, pero hindi ako masyadong pinansin because he thought I was another Bobby Gonzales — you know, sshboom-sshboom, tralalalalala, sshboom- sshboom. But when we auditioned as The Trippers, singing Elvis Presley songs, we were taken in.” 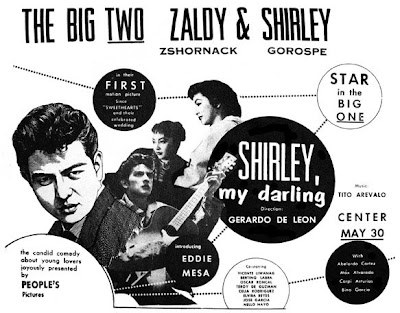 Clover Theater was the home of stage shows then. Kuya Germs started his career there as a janitor, later graduating to “supporting” roles.
“One week after we began our two-week stint as The Trippers, nagsara ang Clover Theater because Don Jose and the owner of Clover Theater had a quarrel. When it reopened under new management, it was Kuya Germs, I just learned lately, who found a way for us to have another audition, under the directorship of Abraham Cruz who was also an actor-director at Premiere Productions. During the audition, Abraham asked me to sing Elvis Presley songs, then he told me, ‘Do you have a professional name?’ I said, ‘Yes, Eddie and Eddie Robles.’ Abraham told me, ‘Robles is very common but is very fresh. If you don’t mind, ihiwalay natin ang pangalan mo and you will be billed as Eddie Mesa, The Elvis Presley of the , and The Trippers.’ And that’s how I became The Elvis Presley of the . Soon, nahiwalay na ako sa Trippers. The group accompanying me was The Saints Trio. There was another group called The Modern Trio and it was performing for Don Jose who had by then moved his shows to the Opera House Theater. The Modern Trio got me to perform at Opera House, promising me ‘star billing’ — Tessie Quintana, Reycard Duet and Eddie Mesa. I was paid P250 a week, three times what I was getting at Clover Theater (P80 a week). That was in 1957.” 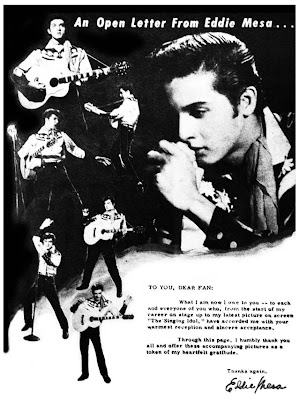 And how did you get into Premiere Productions?
“While I was at Opera House, a member of Modern Trio introduced me to Doña Adela Santiago, the lady boss of Premiere. I was asked to sing one song, in a Pancho Magalona-Shirley Gorospe movie...I don’t even remember what the title was...but somehow, it didn’t work out. But I was called back and offered a renewable one-year contract. That was in 1958. I was introduced in Shirley My Darling, with Shirley and Zaldy Zshornack. After that, I guested in an omnibus movie...I don’t remember what the title is...composed of several stories and shot in Hong Kong and . My first starring role was in Singing Idol. More films followed: Hawaiian Boy (with FPJ), Aawitan Kita, Diyes Isang Kanta, etc. When my contract expired, I renewed it, first good for two years and then four years.”
You met and fell in love with Rosemarie at Premiere, right?
“No. I met Rosemarie at dzRH where Sta. Rita de Casia, her first-starring movie, was being dramatized sponsored by Hermoso Drugs which was also owned by the Santiagos. I was asked to sing during the intermission. Nagandahan ako kaagad the first time I saw Rosemarie. I was too shy then to approach her. Instead of talking to Rosemarie, I talked to her mother and asked for Rosemarie’s picture. Rosemarie would later recall that when she heard me singing Hound Dog, she became curious who the guy was na humihingi ng picture niya.”
How soon after that did you start courting her?
“We met again at Premiere. I was there to sign a contract with Premiere and Rosemarie was also there, waiting for her turn after me, also to sign a contract. Sta. Rita de Casia was produced by Balatbat Pictures. It was a hit and Premiere wanted to sign her up. She would later tell me na ang yabang-yabang ko daw dahil hindi ko siya pinansin. Soon after, we started shooting Aawitan Kita and that’s when the courtship started.” (Adding with a laugh) “Naawitan ko talaga siya! We were married in 1961.” 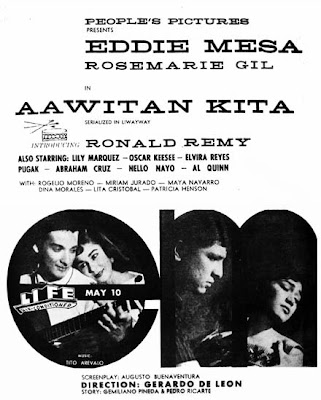 How many movies did you do with Rosemarie?
“A few. Aside from Aawitan Kita, there were Hawaiian Boy, Gitarang Ginto and Diyes Isang Kanta. She was supposed to be my leading lady in Pitong Gabi sa but she backed out because she was pregnant with Mark. Ang theme song namin ni Rosemarie was an Elvis Presley song, Is it So Strange.”
For Full articleMore on Eddie Mesa

Im An avid fan of you since my youngers years. I've seen you perform several times from manila grand Opera House to Night Club Circles. I saw Your LAst Performance At Pier 1 in Subic.
I'm Turning 60 years old on September 7, but I'm Planning To Celebrate it on saturday, Sept 05. i would like to give myself a gift By Asking you to perform on my celebration day.
May I know if you are Available & How Much will be my budget?