THE FIFTIES # 6: ARMANDO GOYENA AND TESSIE QUINTANA, WITH ALFONSO CARVAJAL, NENITA VIDAL IN "PAGTUTUUS" (1950)/ A FILM BY GREGORIO FERNANDEZ/ Re-Updated

"Pagtutuus" tells of a guerilla (Armando Goyena) determined to hunt down the collaborator who is guilty of killing his family. After the war, the killer is now a wealthy nightclub owner and quite coincidentally, the brother of his girlfriend (Tessie Quintana). His girlfriend tries to dissuade him from his actions, pointing to Jesus on the cross and the virtue of forgiveness. He answers with a most anti-Christian sentiment: "Magagawa n'ya magpatawad sapagka't siya'y Dios. Nguni't ako'y isang nilalang lamang."(Source: War and its Aftermath in Philippine Cinema by Agustin Sotto) 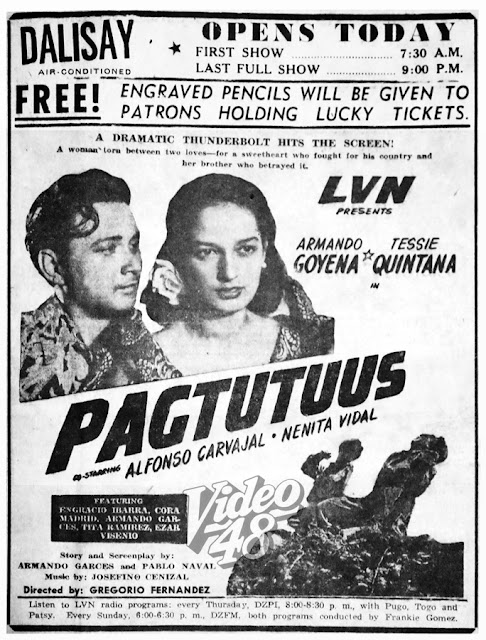 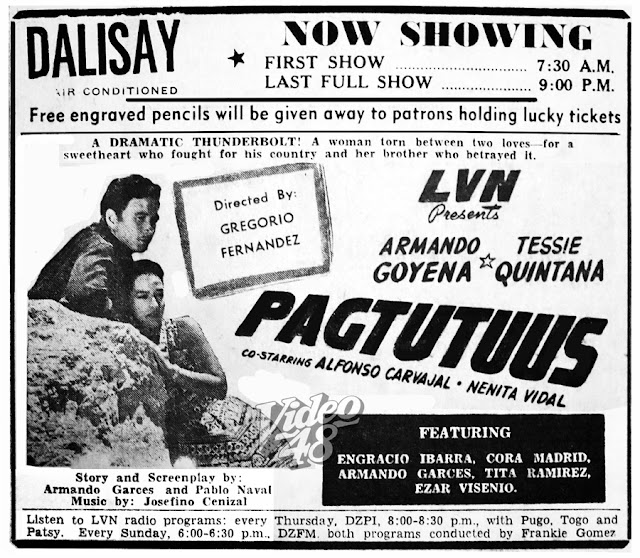 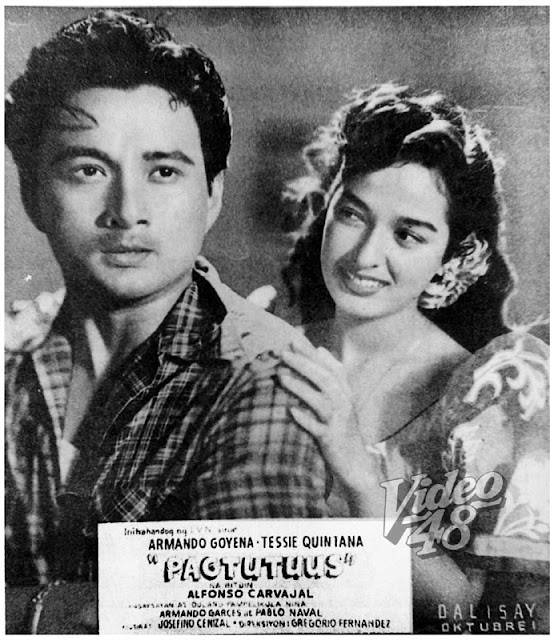 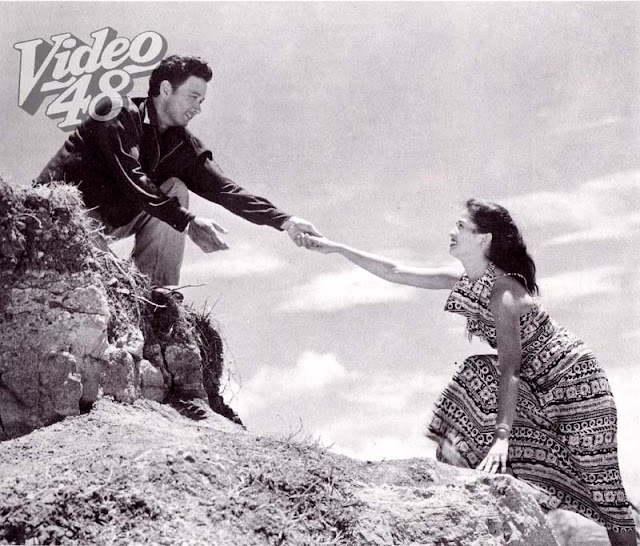