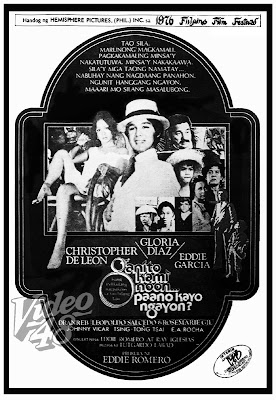 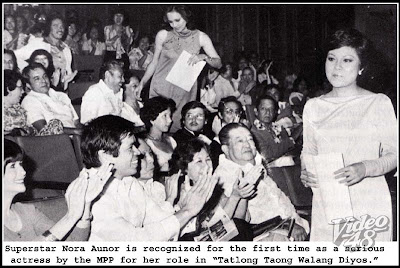 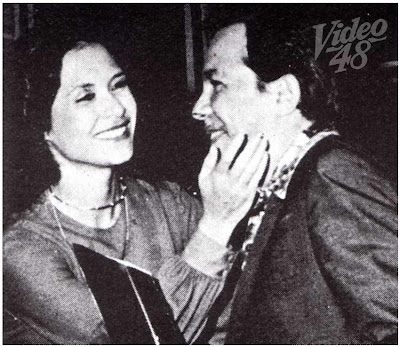 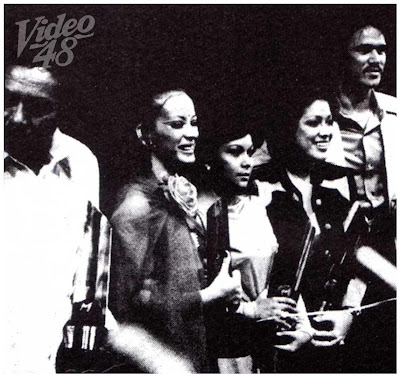 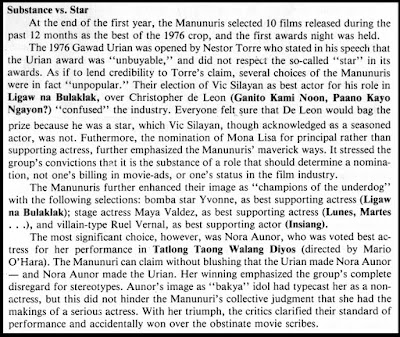 At the end of the first year, the Manunuris selected 10 films released during the past 12 months as the best of the 1976 crop, and the first awards night was held.

The 1976 Gawad Urian was opened by Nestor Torre who stated in his speech that the Urian award was “unbuyable,” and did not respect the so-called “star” in its awards. As if to lend credibility to Torre’s claim, several choices of the Manunuris were in fact “unpopular.” Their selection of Vic Silayan as best actor for his role in Ligaw na Bulaklak, over Christopher de Leon (Ganito Kami Noon, Paano Kayo Ngayon?) “confused” the industry. Everyone felt sure that De Leon would bag the prize because he was a star, which Vic Silayan, though acknowledged -as a seasoned actor, was not. Futhermore, the nomination of Mona Lisa for principal rather than supporting actress, further emphasized the Manunuris’ maverick ways. It stressed the group’s convictions that it is the substance of a role that should determine a nomination, not one’s billing in movie-ads, or one’s status in the film industry. 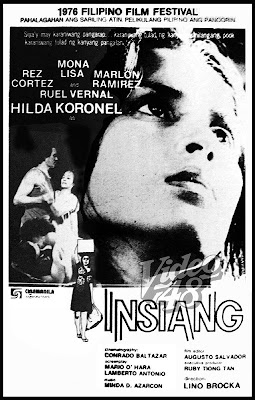 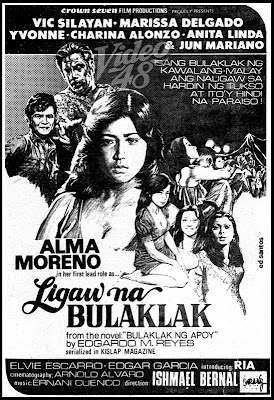 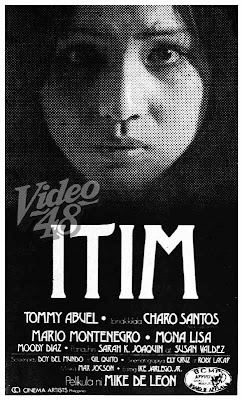 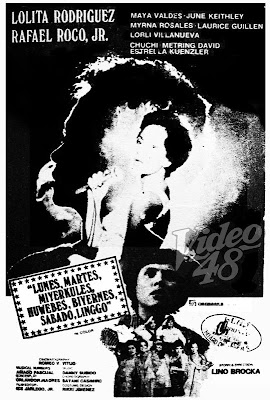