Synopsis: Sonya’s (Rosemarie) groom, Rommel, runs away from the altar when the vows are about to be pronounced. She faints when she sees him speed away in his car. She starts to cultivate morbidity and sports a dazed look. She orders a coffin for herself, which is installed in the living room, and tells her servants to cut off the electric lights. Instead, candles are used.

Regidor (Dante Rivero), one of her former suitors, is told of her morose situation by her aunt, Aling Karina. He tries to bring her to her senses by organizing a surprise birthday party for her. She becomes angry when she sees the crowd and turns them away. She also asks Regidor to leave. Regidor decides to enforce a more drastic plan. He enters Sonya’s bedroom and, in a series of freeze-frames, forces himself on her. It does not work and she slaps him. But Sonya is slowly brought back to her senses because of the rape. One day, she wakes up feeling love for Regidor. She calls up his house and finds that he is leaving for abroad. She rushes to the airport but is too late to stop him.

On that same night, she is informed by Regidor’s mother that his plane has crashed. Sonya weeps profusely. But Regidor survives the crash. His body is washed ashore and is discovered by Arnold Gamboa. He has lost his memory and is cared for by Rossanna (Hilda Koronel), a cripple. He begins to fall in love with her. One day, he stumbles and recovers his memory. He is now faced with a dilemma –whom to marry: Sonia or Rossanna.
(Source: Lino Brocka: The Artist and his Times) 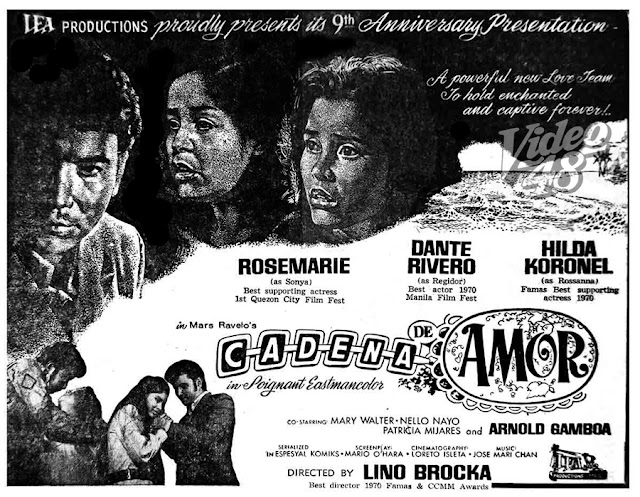 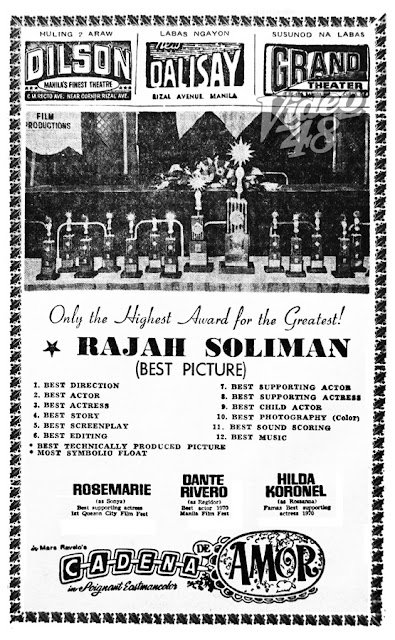