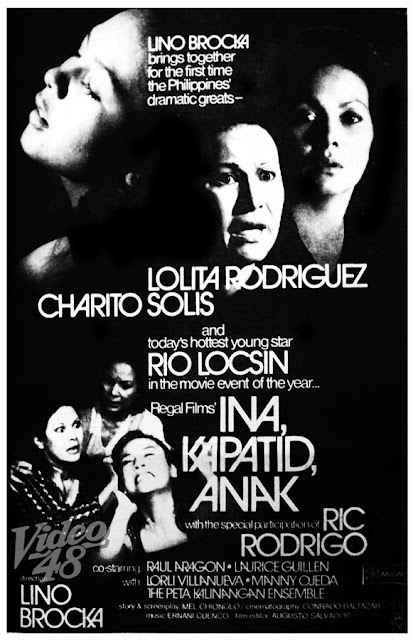 (Synopsis) A resident of Chicago for twenty years, Pura (Lolita Rodriguez) arrives unannounced at her father’s house in the province. She is surprised at the dilapidation of their ancestral home. Her once haughty half-sister, Emilia (Charito Solis), whose family is occupying the house, is now in much reduced circumstances and is a beer-swilling piano teacher. Their father (Manny Ojeda) is bedridden. Thelma (Laurice Guillen), the other sister, has been castigated for carrying on with a married man and lives somewhere else. The poor relations have now taken over the ground floor. But her visit only opens up old wounds. The sibling rivalry resumes. Pura left the country to forget her failed romance with Manoling (Ric Rodrigo) who married Emilia. Emilia doesn't want her to forget that she was born a bastard.

Pura finds out that the farmlands have been sold and that the house has been mortgaged. She tries to set things in order. She has a friend look over the place to see if it could be converted into a museum. There is consternation among the poor relations who have become afraid that they might be asked to leave.

Pura is critical of Emilia’s lack of forwardness. She pounces on the couple’s inability to make ends meet. When Emilia’s daughter, Erlinda (Rio Locsin), asks for financial support in her campaign for the campus queen title, she lambasts the capriciousness of the activity, saying that the money could go into more beneficial undertakings. This angers Emilia who sees her daughter becoming more attached to Pura. The conflict comes to a head when the father dies. During the wake, Emilia’s lover, Alex (Raoul Aragon), a carnival factotum, is mauled by the guests. Erlinda is slapped and dragged by her hair. Emilia and Pura have their confrontation. Emilia accuses her of trying to alienate the affections of her father, husband and daughter from her. Pura admits she wanted revenge for her marrying her lover.

The following day, the two are in a more conciliatory mood. Emilia begs pardon for her behavior. Pura shuns it aside, saying that both of them were in the wrong. There has been anger in their hearts all their years and finally it has been brought out. Pura leaves the place, saying that the house is all hers.

Source: Lino Brocka: The Artist and His Times 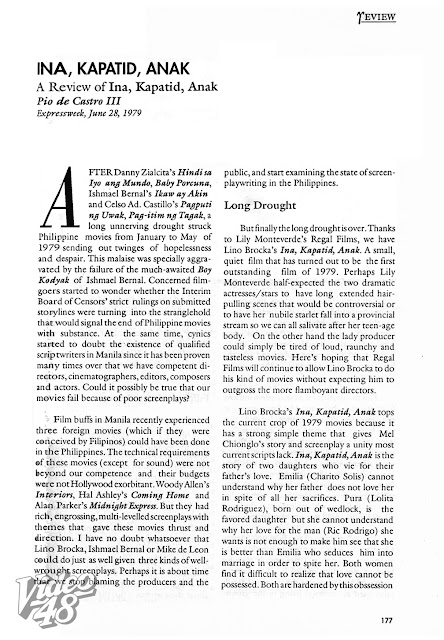 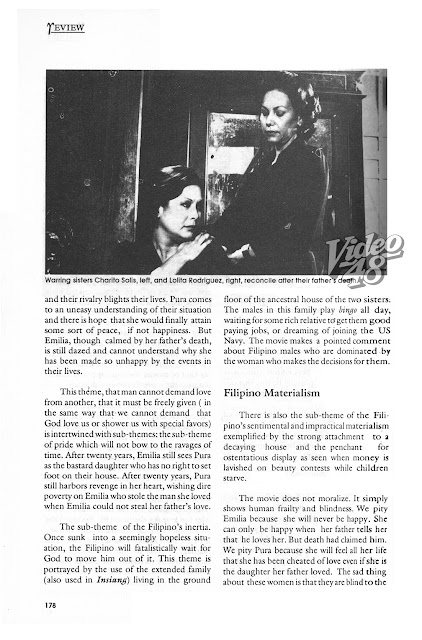 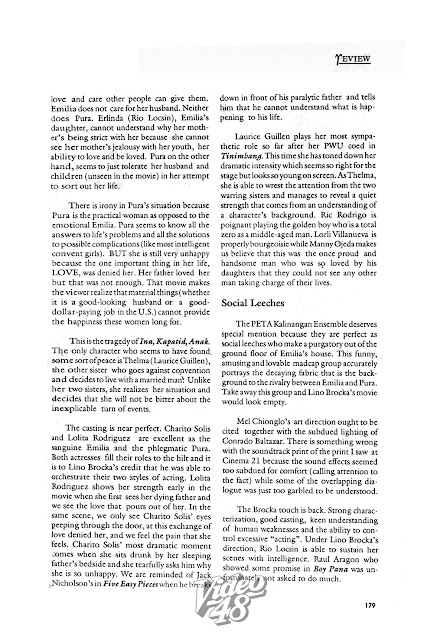 Source: Lino Brocka: The Artist and His Times