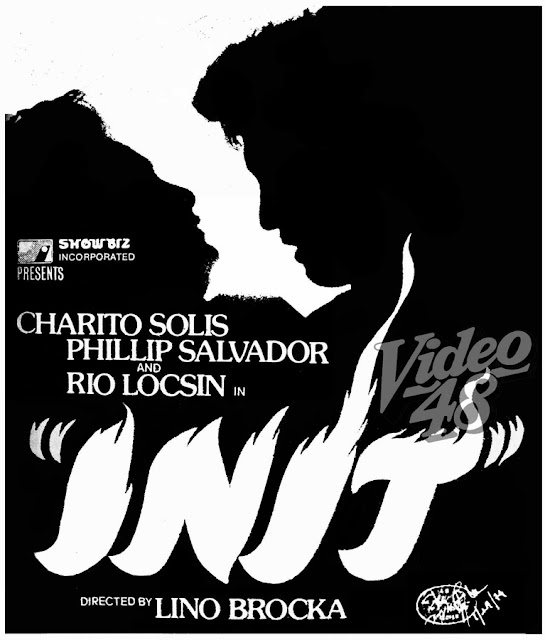 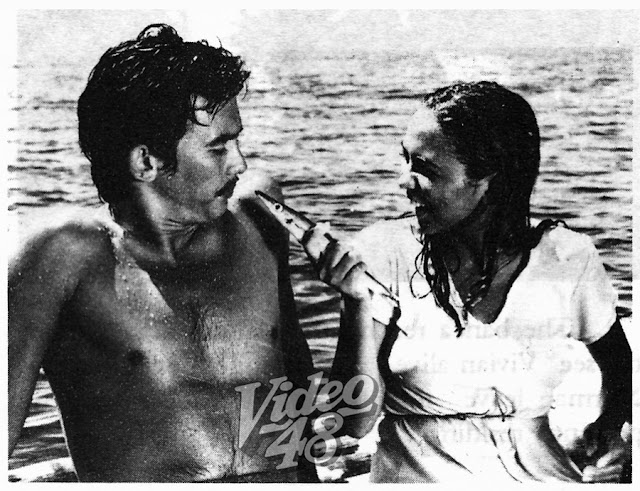 Synopsis: Osa (Charito Solis) is a sex-starved woman who has run away to a remote island with her daughter, Bayang (Rio Locsin). Now sixteen years old, she is the product of Osa’s sad past in the city. Emil Santos (Phillip Salvador), a mysterious stranger drifts by accident into the island. He proceeds to satisfy the mother’s long-felt need and initiates the daughter into sex. Leroy Salvador plays Juan, the spurned childhood admirer of Osa who adamantly refuses to touch his wife, Idad (Laurice Guillen), because of her inability to sire him a child after fourteen years of marriage. Johnny Delgado plays the black fisherman who is always there when Idad needs him.

(Source: Lino Brocka: The Artist and His Times)

"After some suspense and several screenings, the controversial movie, "Init" has finally been re-approved, but some juicy parts have to be cut. The permit for the movie was recalled when sex scenes supposed to have been cut were reportedly restored during the premiere showing held at the Circle theater last June 16. For the re-approval, the whole membership of the interim board of censors have to sit en banc twice. Also, a controversial item about "Init" is its advertisement, said to be not in consonance with existing guidelines of the censors. The movie shot in Currimao, Ilocos Norte topbills Charito Solis, Leroy Salvador, Phillip Salvador and Rio Locsin."