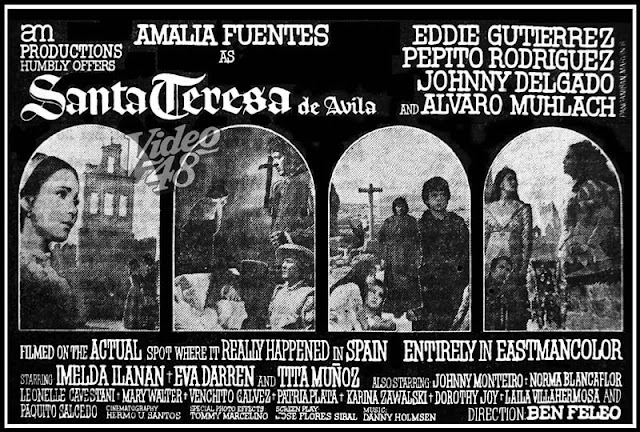 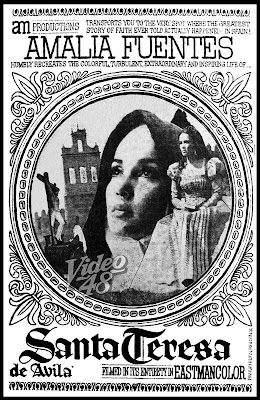 Born in Avila, Spain, on March 28, 1515, St. Teresa was the daughter of a Toledo merchant and his second wife, who died when Teresa was 15, one of ten children. Shortly after this event, Teresa was entrusted to the care of the Augustinian nuns. After reading the letters of St. Jerome, Teresa resolved to enter a religious life. In 1535, she joined the Carmelite Order. She spent a number of relatively average years in the convent, punctuated by a severe illness that left her legs paralyzed for three years, but then experienced a vision of "the sorely wounded Christ" that changed her life forever.

From this point forward, Teresa moved into a period of increasingly ecstatic experiences in which she came to focus more and more sharply on Christ's passion. With these visions as her impetus, she set herself to the reformation of her order, beginning with her attempt to master herself and her adherence to the rule. Gathering a group of supporters, Teresa endeavored to create a more primitive type of Carmelite. From 1560 until her death, Teresa struggled to establish and broaden the movement of Discalced or shoeless Carmelites. During the mid-1560s, she wrote the Way of Perfection and the Meditations on the Canticle. In 1567, she met St. John of the Cross, who she enlisted to extend her reform into the male side of the Carmelite Order. Teresa died in 1582.

St. Teresa left to posterity many new convents, which she continued founding up to the year of her death. She also left a significant legacy of writings, which represent important benchmarks in the history of Christian mysticism. These works include the Way of Perfection and the Interior Castle. She also left an autobiography, the Life of Teresa of Avila.

The Catholic Encyclopedia includes a lengthy article on St. Teresa of Avila. Another article is available from the Teresian Carmel in Austria.

And that's the truth said...

hi. the Order of Discalced Carmelites is celebrating St. Teresa de Avila's 500th bday on March 28, 2015. How and where may we secure a copy of this movie? We'd appreciate any information from you. Teresa R. Tunay, OCDS, {ublicity and Promotions Committee, National Commission for the Celebration of St. Teresa of Avila's 5th Birth Centenary, PHILIPPINES (kindly reply to teresatunay@gmail.com and to cbcpcinema@gmail.com) THANK YOU!

I was lucky to have watched this movie at Roxan Theater along Avenida.I remember that time it was SRO and in full color. I believe this was Amalia's production outfit entry to the Manila Filmfest that year (1970). Nicely made.