The Second World War initially proved to be a minor distraction to the industry. The bombs fell on Manila on December 8, 1941--- about the same time as the attack on Pearl Harbor. There was panic in Manila and several of the citizenry evacuated to safer grounds.
But for the movie industry, it was business as usual. Although a few moviehouses closed, a majority opted to stay open. There were no new Filipino movies shown; not until after the arrival of the invaders did the situation “normalize.” 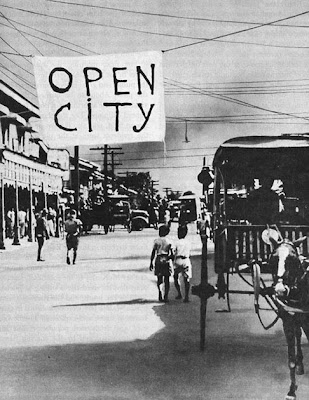 Manila was declared an open city in December 1941 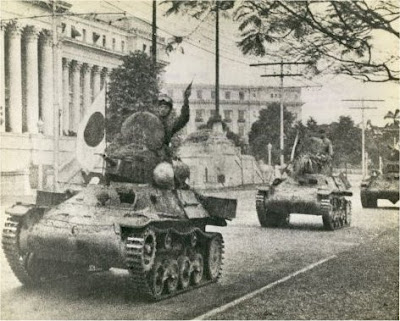 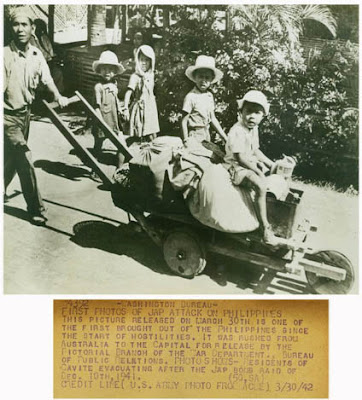 Children evacuating to safer grounds/ 1942
Manila was declared an open city and the Japanese moved in on January 2, 1942. It was only then that all of the moviehouses closed--- to resume operations a week after. Movie companies were allowed to operate by the Japanese High Command under the supervision of the Central Booking Exchange, as the new rulers felt the need for a program of continuing entertainment in order to placate the people.

The movie fare for the next three years was primarily reruns of unpoliticized Hollywood and Tagalog films. Bette Davis and Greta Garbo movies were shown along with those of the top Filipino stars. Starting 1943, German and Japanese feature films and documentaries were imported: to name a few--- The Sky is Blue, Currents of Youth, Women of Japan and numerous coverages of spots events.

There were several Filipino movies nearing completion just before the war: Caballero, Anong Ganda Mo, Caviteño, Niña Bonita, Princesa Urduja, Landas na Ginto. These were shown during the Japanese Occupation either almost complete or unfinished. Two films were produced during the troubled times: LVN’s Tiya Juana, an adaptation of Charley’s Hunt and Principe Teñoso, Manuel Conde’s version of popular korrido, an epic poem about a prince disguised as a deformed beggar. Another unfinished film was shown right after the war with additional scenes shot after liberation: Sampaguita’s Ang Tagala. 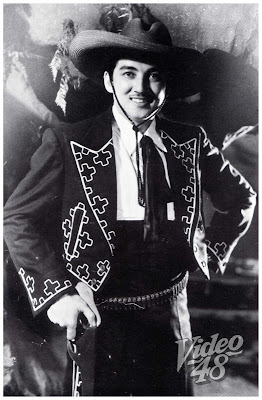 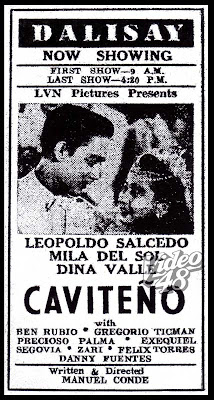 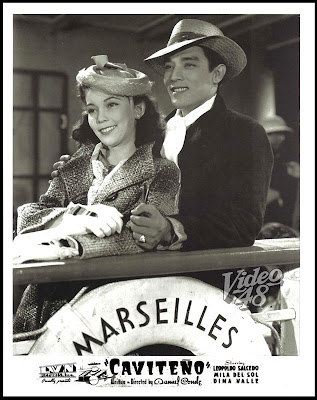 In a videotaped interview, Manuel Conde recounted the problems of shooting Principe Teñoso. There was a scarcity of film stock as the local Kodak store had been looted by the rig-drivers of Binondo. However, they were able to salvage a few rolls from the stables. There was also severe film censorship. The Japanese demanded that every form of entertainment--- movies as well as stage plays and vaudeville---carried some form of Japanese propaganda. Conde’s problem was that there were no Japanese during the time of Principe Teñoso. How could you inject propaganda in a 19th century setting? He finally solved it by stamping the glass of milk the princess was drinking with a trademark: Made in Japan. 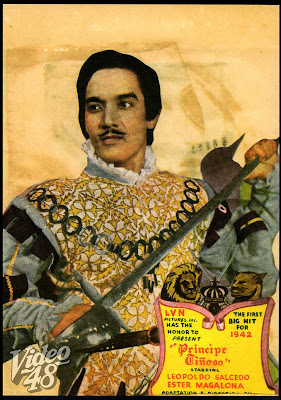 With the disappearance of negatives and raw stock from the shelves, most movie people transferred to the stage. Lamberto Avellana, Gerardo de Leon, Manuel Conde, Ramon Estella, Manuel Silos, Tor Villano and Gregorio Fernandez were some of the directors who worked on new plays, week after week. According to Avellana, “this was the golden age of Philippine theater.”

Some of these plays eventually got produced as movies in the post-war era. Limpia Bota (Shoeshine), the story of Ernesto Bohol, a former shoeshine boy who became a tycoon, started as musical at the Metropolitan. Manuel Conde’s Ikaw Kasi was a stage smash before it became a fifties box-office success for LVN. Bert Avellana’s Philippine Artist League first presented Tandang Sora before shooting it as a movie. Ramon Estella’s 1946 movie, Angelus, was an adaptation of his stage play Ave Maria.

Source: “War and its Aftermath in Philippine Cinema by Agustin Sotto

On its second big week at Life theater, Pugo and Togo performing as Puguing and Tuguing in "Calling D. Bigotilyo"with Soto, Nieves and Bayani (November 1942) 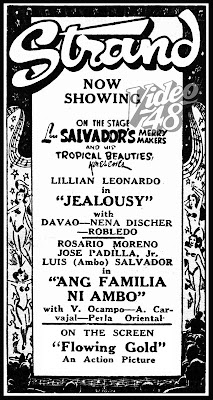 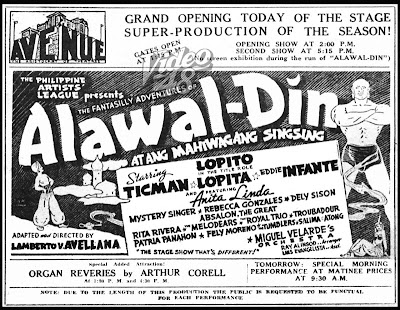 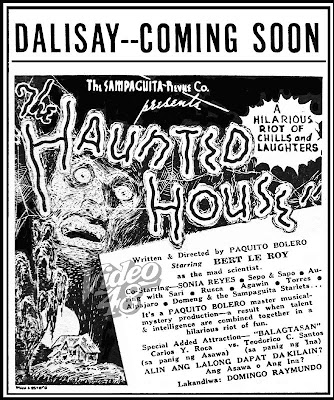 Simon, hi, it's Jay Buenaflor. Been trying to reach you at your email but I'm not sure if I've got the right one. As mentioned when I saw you at the CCP screening, we're putting up an intimate FPJ get-together with his collaborators and friends. Would like to ask if you'd be interested to join. Me thinks your input would be priceless. Kindly send me a note at direkjay@aol.com. Thanks.