The First Manila Film Festival was held for the first time in 1966. Reserved solely for Hollywood and foreign movies, first-run downtown theaters like Ideal, Odeon, State, Ever, Galaxy, Capitol, Lyric, among others were opened for exhibition to locally-produced or Tagalog movies. The filmfest was the brainchild of then Manila Mayor Antonio Villegas. The 10-day festival which coincided on the city's foundation day (June 24) was a huge success participated in by big names in the industry.

The multi-awarded movie, Ang Daigdig ng mga Api was awarded the Rajah Soliman Grand Award for Best Picture. Five Maharnilad awards were also given: Best Drama (Passionate Strangers); Best Action (Sabotage); Best Adventure (Flight of the Sparrow); Best Technically-produced (Portrait of the Artist as Filipino) and Best Musical Entertainment (Till The End of Time). No individual awards were given.

Emerging as the top-grosser was Sabotage, starring Tony Ferrer as Tony Falcon, Agent X-44, an ace and wily spy agent who goes out of his way to neutralize a syndicate out to throw the country into chaos by sabotaging power facilities.

A total of 18 movies (14 new, 4 reissues) were exhibited during the 10-day festival. Iginuhit ng Tadhana, Portrait of the Artist as Filipino and Daigdig ng mga Api, all released in 1965, and Zamboanga, shown a month earlier, were allowed to participate. 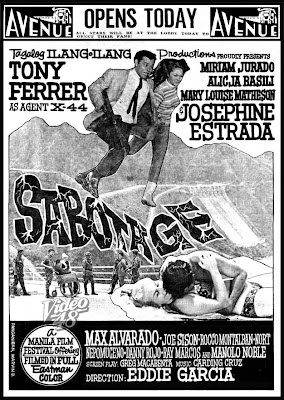 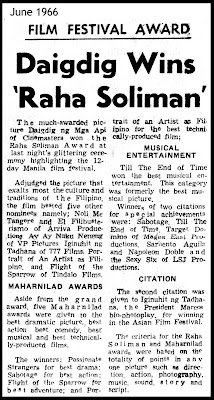 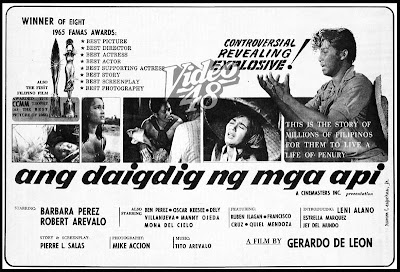 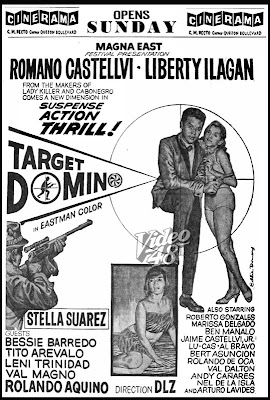 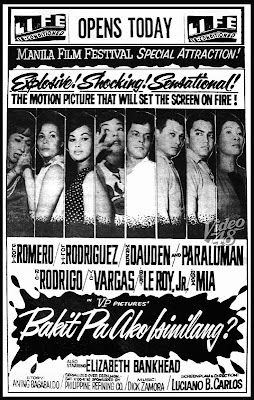 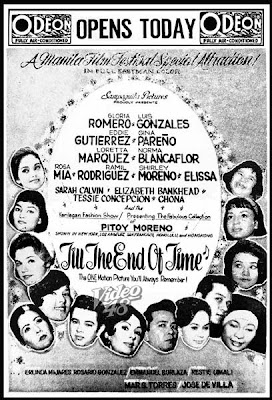 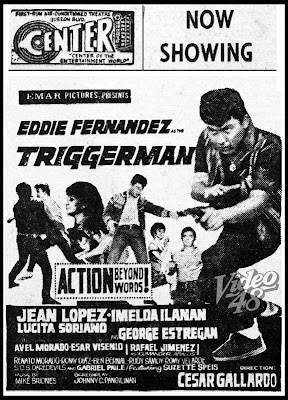 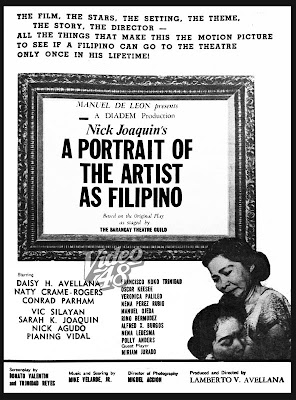 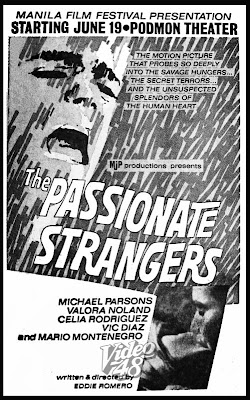 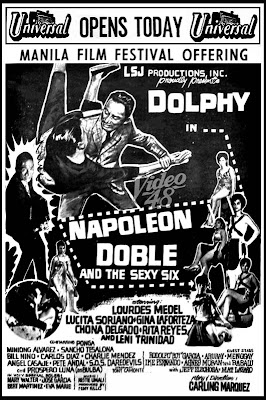 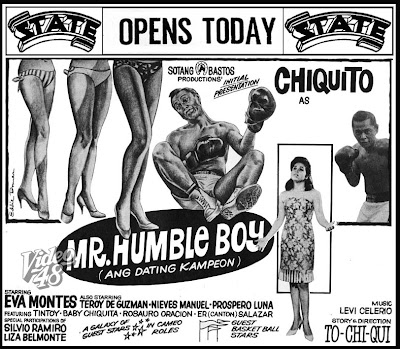 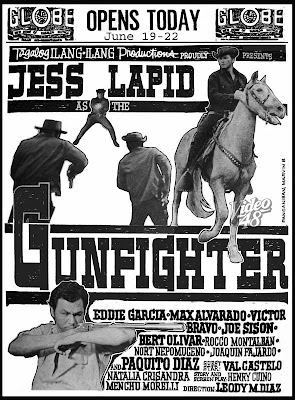 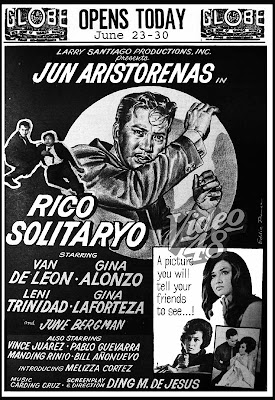 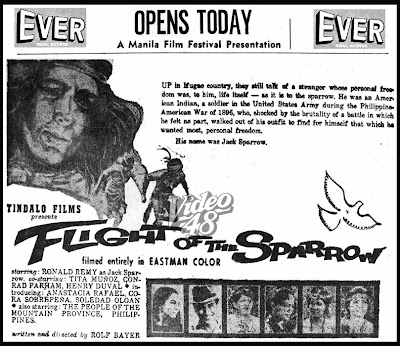 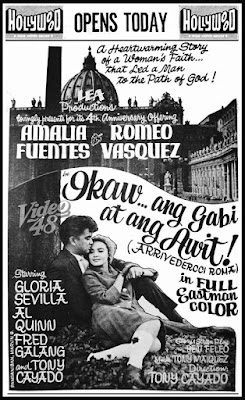 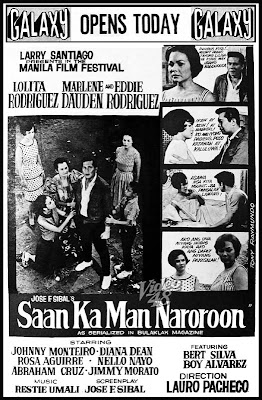 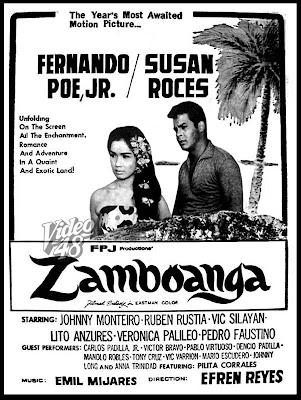 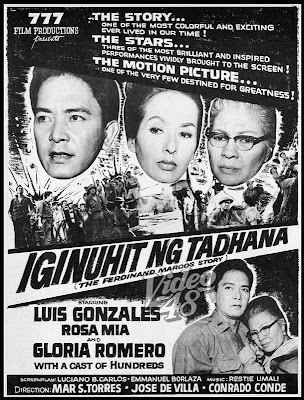 Simon, who were the winners of the 1st Manila Film Festival?

I don't have the data, James. I'll try researching on it.

Simon,
Nostalgia. I remember this. I remember watching and liking Tony Ferrer's Agent x-44, which became a series and I watched all of them. Parang James Bond. BTW, I saw Capitol Theater in Escolta on my Manila trip, it's an abandoned building now, Lyric is gone.
Rod