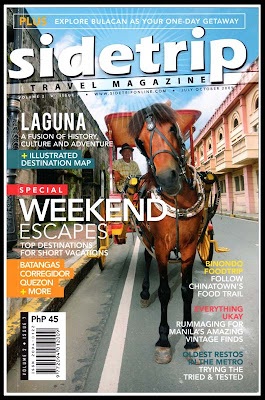 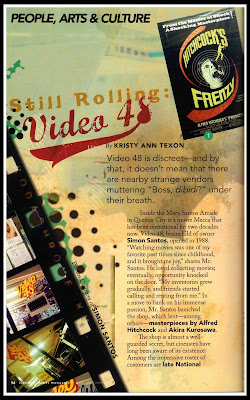 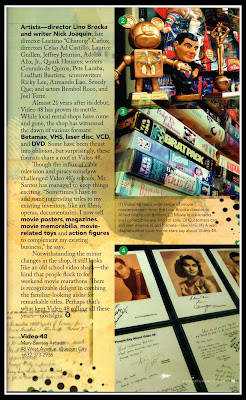 Video 48 is discreet--- and by that, it doesn’t mean that there are nearby strange vendors muttering “Boss, dibidi?” under their breath.Inside the Mary Santos Arcade in is a movie that has been operational for two decades now. Video 48, brainchild of owner Simon Santos, opened in 1988. “Watching movies was one of my favorite past times since childhood, and it brought me joy,” shares Mr. Santos. He loved collecting movies; eventually, opportunity knocked on the door. “My inventories grew gradually, and friends started calling and renting from me.” In a move to bank on his immense passion, Mr. Santos launched the shop, which lent--- among others--- masterpieces by Alfred Hitchcock and Akira Kurosawa.The shop is almost a well-guarded secret, but cineastes have long been aware of its existence. Among the impressive roster of customers are late national Artists--- director Lino Brocka and writer Nick Joaquin; late diretor Luciano “Chaning” Carlos; directors Celso Ad Castillo, Laurice Guillen, Jeffrey Jeturian, Adolfo Alix, Jr., Quark Henares; writers Conrado de Quiros, Pete Lacaba, Lualhati Bautista; screenwriters Ricky Lee, Armando Lao, Senedy Que; and actors Bembol Roco and Joel Torre.Almost 21 years after its debut, Video 48 has proven its mettle. While local rental shops have come and gone, the shop has witnessed the dawn of various formats: Betamax, VHS, laser disc, VCD, and DVD. Some have thrust into oblivion, but surprisingly, these formats share a roof in Video 48.Though the influx of cable television and piracy somehow challenged Video 48’s success, Mr. Santos has managed to keep things exciting. “Sometimes I have to add some interesting titles to my existing inventory, like art films, operas, documentaries. I now sell movie posters, magazines, movie memorabilia, movie related toys and action figures to complement my existing business,” he says.Notwithstanding, the minor changes in the shop, it still looks like an old school video shack--- the kind that people flock to for weekend movie marathons. There is recognizable delight in combing the familiar-looking aisles for remarkable titles. Perhaps that’s what kept Video 48 rolling all these years--- nostalgia.

Thanks to Kristy and to the staff of Sidetrip Tarvel magazine!
Posted by Video 48 at 7:44:00 PM

Where is VIDEO 48 located, I wish to pay you a visit when ever I'm in Manila visiting.